The wreck of a Flying Fortress bomber shot down by German fighters during World War Two has been found at a depth of 75m (245ft) off the coast of Sicily, the Telegraph reports 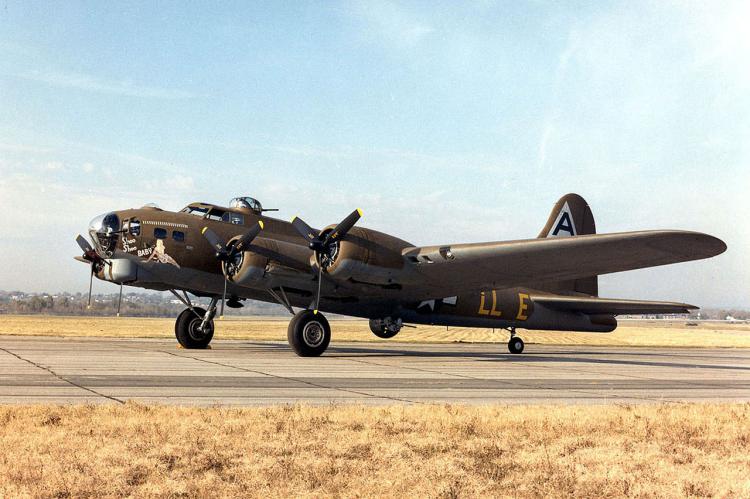 Filephoto of a Boeing B-17 'Flying Fortress'

The Flying Fortress took part in a raid on Palermo on April 18 1943 when it was attacked by several German ME-110 fighters that knocked out one of its engines. The aircraft, part of the 353rd Bomber Squadron of the American air force, crashed into the sea, with the loss of all nine crew.

The WW2 bomber was found a few months ago by a group Italian divers who are part of a project called “Shadows of the Deep”, which aims to locate the wrecks of planes and boats off Sicily.

The discovery, helped by a sonar scan carried out by a diving unit of the Italian fire brigade, was the result of months of detective work, with historians and amateur divers matching official wartime records with the accounts of elderly Sicilians who still remember the raid.

After identifying the aircraft’s serial number, the diving team was able to trace US War Department records which listed the crew members and an eyewitness account on the planes demise: “Lt Godwin’s ship was attacked 20 miles from target by ME-110s and was shot down. “There were no chutes seen to open and the gunners from the other planes were having a pretty busy time taking care of themselves,” it said. According the report in the Telegraph no human remains have yet been found inside the wreck.

There are no plans to raise the wreck – it lies in deep water and is classed as a military war grave.