Skip to main content
Home ⎢Cichlids can recognise their friends

Cichlids can recognise their friends

Scientists have discovered that the cichlid has the ability to distinguish different individuals by looking at their faces. 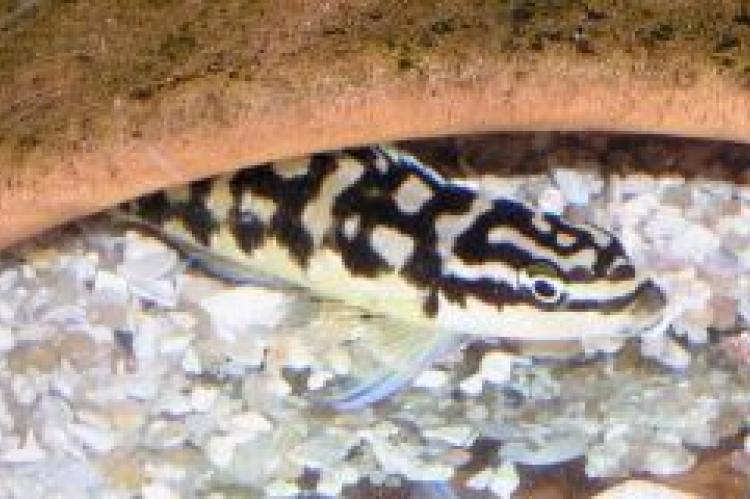 Young male cichlid from Gombe Island in an aquarium.

The cichlid (Julidochromis transcriptus) is a small fish found in Lake Tanganyika in East Africa. It lives in rock crevices hidden by vegetation at the lakebed. Despite its small size, it is able to recognise the facial features of friends, distinguishing them from fish they had not seen before.

This was the finding made by a team of scientists after they placed eight adult males in a tank, isolating them from other fish they were familiar with. The fish were then exposed digital models of other individuals with a combination of familiar and unfamiliar features on their faces and bodies.

The scientists observed that the fish spent more time following the unfamiliar faces as the digital model swim about in the tank, as if they were monitoring a potential threat. It also showed that they were able to recognise individual faces.

In addition, the research also showed that differences in body type had little impact on the fish. “We found that our subjects were especially guarded against only unfamiliar face models, regardless of body type,” said Takashi Hotta of Osaka City University in Japan.

“It’s not so much the recognition itself that is difficult, but the fact that they use recognition suggests that they are keeping track of relationships with each other and that’s where things may get complicated,” said Michael Sheehan of Cornell University in New York. He added that this indicated a sophisticated processing ability.

Dr Ken Collins from the University of Southampton, UK, reiterated that fish, like mammals, can have complex lives and consequently need a number of cognitive abilities with which to carry out a range of behaviours.