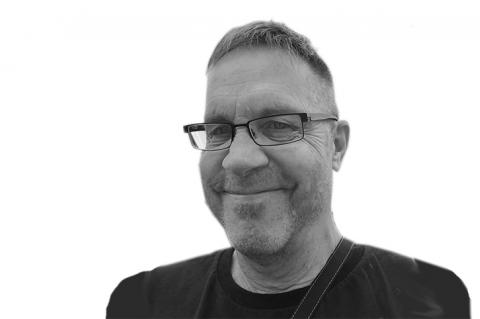 Every time I think of deep diving, both good and bad memories surface together in my mind. I can recall those exciting evenings over 15 years ago when my friends and I would drive from Jacksonville to Eagle’s Nest just for an evening dive. We were full of anticipation back then for the promise each dive held. 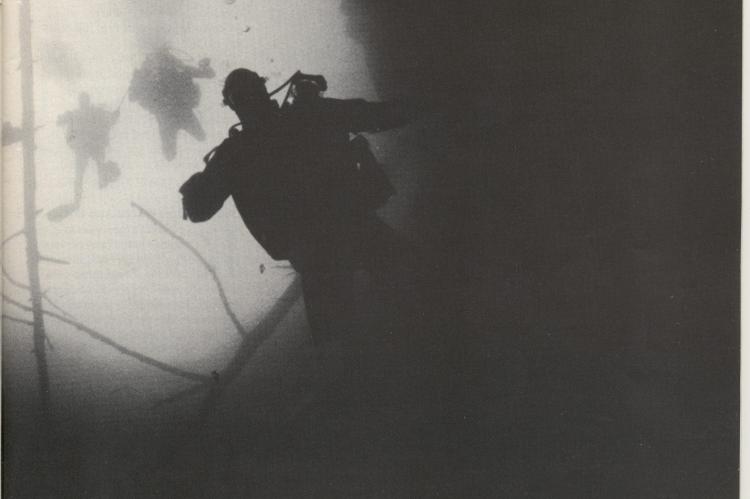 Among other things, these dives offered the challenge of testing ourselves against narcosis, which we viewed as an obstacle to be overcome, so that we could be “good deep divers”. Mastering the depths was extremely satisfying to my ego.

I must admit that I enjoyed the sensation of narcosis, but the real reason I was there was to develop my skill as a deep diver. For some unknown reason, I just had to be able to say that I had been deep on air. I only wish that I could have known back then the scenarios that were rushing full speed towards me and the consequences of my misdirected actions.

One of the most common reasons people experiment with deep diving is to see how they handle narcosis. Invariably, they share these experiences with their diving peers, but more often than not they hold some of the truth back about how they reacted to the depth; either they do not want to admit that they experienced any level of narcosis, or they want to give the impression that they “overcame it” and “kept it under control”.

I am sure that there are a few divers that can be completely honest and objective about their experiences. But most of us would have to admit that we have been a little more narced than we were willing to let on to our companions at the time. This situation is not helped any by the existence of those anomalous divers who seem to have total immunity to the effects of narcosis. Unfortunately, these unusual individuals—along with others who simply deny feeling any effects—set the standard for the mass of divers interested in quantifying their capacity to dive deep.

It was hard to admit at the time, but my first face-slamming experience with narcosis occurred at just 160ft. I was crushed—demoralized. I knew that experience and repetition would help get me deeper, but how was I to get that experience if I admitted to anyone that I got narced at 160ft? Eventually, after about 20 dives, I had worked my way well past 200ft. I was finally the victor; I had beaten narcosis—or so I thought.

At this point, let me pose the same questions I ultimately had to ask myself: What is the point? Why would you want to go that deep on air? What purpose is served beyond the excitement of the moment? To my mind, if you don’t have a really solid justification and you are doing it for the challenge alone, then it becomes just another cheap thrill. Only not so cheap.

Deep diving on air must be approached with a strong sense of the possibilities of uncontrollable circumstances and negative outcomes. Our dive plan that day was to descend to a depth of 165ft, and then to explore a virgin cave passage downstream. The depth and distance we would both be travelling downstream with the current before turning the dive and exiting against the current were accounted for by our use of a conservative 1/5-air rule, that is, we would begin our return when we had used 1/5 of our air supply. This dive would require an additional stage bottle, as well as oxygen for decompression. Certified cave divers, we descended on our adventure.

The dive proceeded as planned, with the new passage being explored and survey data collected. When the allotted air was consumed, we began our return trip, having spent considerable time already at the 170-ft level. We gave each other the double-time signal, which meant we would pick up the pace during our exit. Retrieving stage bottles on the way, we prepared for our final exit from the cave.

Seconds later my partner signaled me, indicating that he felt so-so. Although I did not comprehend the scope of his problem, I realized that we had better slow down. Then, swimming only a few feet further, I turned to see my friend losing consciousness. My mind raced, with heartbeat and breathing following, as the full impact of the situation hit me. Fortunately, he was still breathing and not yet fully blacked out, but there was no way he was going to be able to get out on his own.

Grabbing him by the arm and pulling him over my shoulder like a sack of potatoes, I began a desperate swim for the exit. Less than a hundred feet later, my body began to succumb to the stress, my brain pounding like tribal death drums. I clearly remember a flash of regrets—not the kind people supposedly have before they die, but much more pragmatic thoughts. Why didn’t I realize that this could have happened? Why was doing this dive so important?

By the time I got to deals and promises with God (I will never do this again, really...) I regained control of my runaway breathing. Reorganizing my thoughts, I got underway at a pace I hoped would keep us both alive. It was still a touch-and-go exit, but both of us survived.

An analysis of our situation pointed to a combination of CO2 buildup and narcosis—a very real problem that is often ignored by air-breathing deep divers. Our own level of difficulty with this problem could only have been amplified at a greater depth. I ask the air-breathing, deep-diving readers if they are confident of their own abilities to handle a sudden injection of mental and physical stress at depth. If the answer is a smug “yes,” how do you know that?

Instead of modifying my dive habits after this incident, I continued to deep dive. Having been the “victor” of that round—at least in my mind—my response was to change buddies and stick with the “challenge” of deep diving. I was in control. An upcoming scenario featuring me as the victim was unthinkable.

These experiences played out in the late ‘70s, when many large, deep cave systems still remained virtually unexplored. I believe my personal motivation at the time was simply to explore deep caves. In retrospect, exploration imperatives were probably only 20 percent of that motivation; I will now admit that the other 80 percent was what I call “deep diving ego syndrome”.

It was on one of my deepest dives, as part of a three-person team exploring a deep tunnel, that things caught up with me. On two previous dives here I had led the team, so on this third dive I was to be along “for the ride”. Relaxed, confident and without the responsibilities of leading, I was unconsciously lowering my guard.

The descent and dive went smoothly with the exception of a couple of minor communication glitches. I was surprised at how far we were getting, and that my buddies had not yet hit their air turn-around point. I called the dive on air and gave the thumbs-up, confident that the others would be ready to turn also. That is when the horror of a narcosis-clogged challenged whatever senses I had left.

As I turned to begin our exit out, the others flashed me with their lights, the beam sweeps an imparting sense of urgency. Spinning about in response to a possible emergency, I now faced my buddies who were signaling emphatically that the surface was in the direction we had been swimming. This meant that either I ... 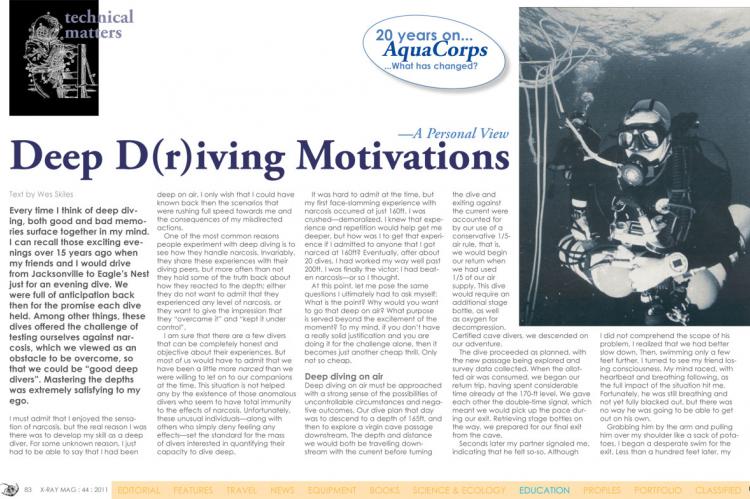 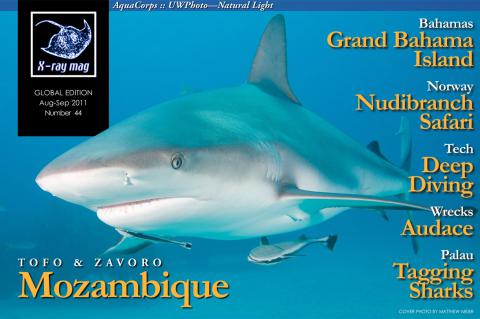