Carrying all we would need for the next five days, our expedition team travelled some 65 kilometres through shallow, meandering channels in small power boats. We eventually reached Jugu Juga, the small island which was to be our home for the next two days. As we unloaded our equipment and started to pitch camp, a bull elephant with tell tale ‘tears’ staining his face repeatedly charged us, only veering off when our guide beat two metal plates together. The strong smelling discharge, rich in testosterone, running down his cheeks announced that he was in 'musth'. This was my introduction to the “really wild”— the Okavango Delta in Botswana. 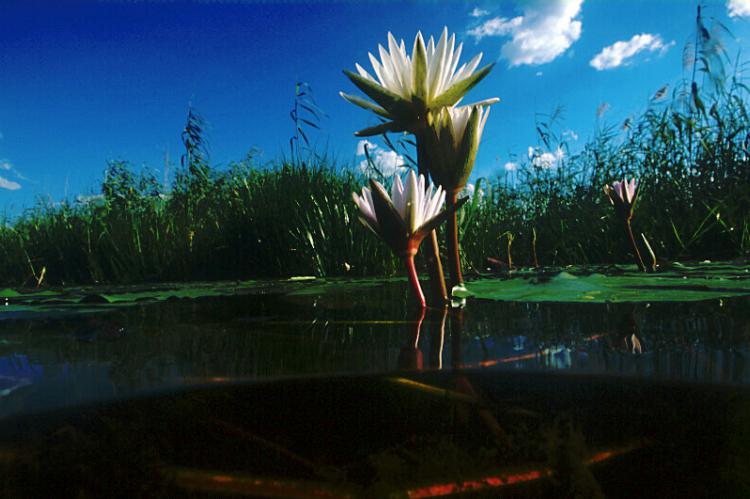 The Okavango Delta in Northern Botswana is described as the “Jewel of the Kalahari Desert”. Covering some 15,000 square kilometers, it is a labyrinth of lagoons, lakes and hidden channels. It is the biggest inland fresh water delta in the world. It acts like a magnet to the wildlife of Botswana and beyond, with its crystalline waters attracting huge herds of elephant, hippo and Nile crocodiles. With 400 different species of bird, it has by far the greatest concentration and diversity of wildlife in the whole of Africa.

Spurred by huge subtropical storms in central Angola, some 12 billion cubic metres of water travel down the Cubango River, through Namibia as the Kuvango River, and finally enter Botswana as the Okavango River. The water diverts through a maze of lagoons, channels and islands before draining away in the southern wastes of the Kalahari Desert.

I had been talking for some years about going on an expedition to the Okavango Delta to photograph the wildlife and assess the possibilities of diving it. However, I really didn’t know what we were letting ourselves in for.

I had done many big animal expeditions before with world renowned expert Mark Addison of Blue Wilderness Diving (www.bluewilderness.co.za), mainly in South Africa. And so it was that in the dry season of October 2007, Mark and I gathered with six intrepid underwater photographers, in Maun, the gateway to the Moremi Game Reserve, Botswana.

As we loaded up our two flat-bottomed boats with everything from tents to compressors, we all wondered what the next five days would bring. We were soon speeding along the Boro River, leaving the low rise buildings of Maun. The river banks were alive with birds of every description, and we soon found ourselves gazing at the rafts of reeds that are the life blood of the delta. The further we travelled, the narrower and shallower the delta channels became.

After 30 to 40 kilometres, we started to see our first signs of big game. Elephants and crocodiles became more frequent sightings, and in the distance, we saw herds of impala and buffalo. After a couple of heart-stopping moments when the boats became tangled up in the reeds in the shallow waters, we arrived at our first camp on Jugu Juga Island.

It was late afternoon by the time we started preparing the camp while our cook started to dig holes to prepare our evening meal. This was the point when we all decided that the Okavango was very definitely a different kind of wild from the average game reserve.

We were just carrying our sleeping bags up from the boats when the bull elephant repeatedly charged us. It was more than a little disconcerting, especially when we wondered whether we were pitching camp in his territory. Mark managed to discourage him, and he pulled back to a safer distance, but continued to show his annoyance with us by stamping and trumpeting for the rest of the night.

We investigated our chosen patch further and found a small lagoon at the rear of the camp with a resident hippo in it. The next morning we found that five rather large crocodiles had spent the night on the sand of the river, no more than 20 feet from our tents. It was definitely getting wilder! To add to all of this, during that first night we had one of the most dramatic storms that I have ever seen. The cracks of thunder would have shattered glass if there been any around and the night sky was illuminated by huge displays of lightning (...) 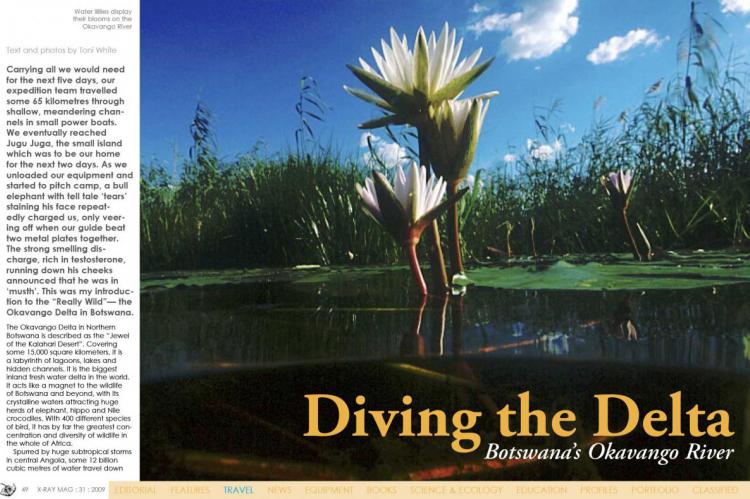 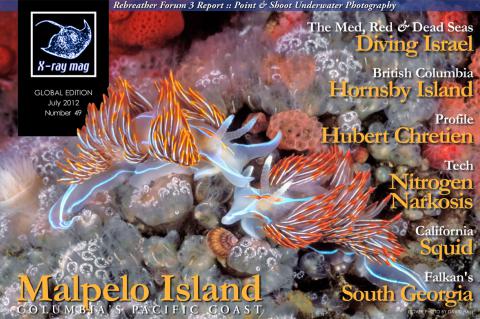