Fish learn to stay within marine reserves–where it's safe

A study has shown that some fish have adapted to remaining within marine reserves where no fishing nets are allowed. 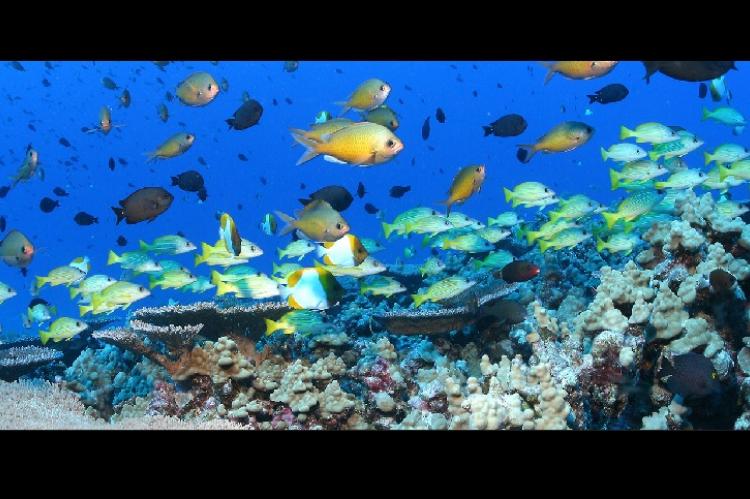 Researchers at the University of British Columbia (UBC) discovered that some fish have learnt to stay within marine reserves where they are safe from fishing, demonstrating the importance of such facilities. They made the discovery after modelling the movements of skipjack and bluefin tuna and great white sharks in the ocean.

Lead author Jonathan A Mee said, “Even for fish like tuna and sharks that spend a lot of time far from shore, marine reserves are an important conservation tool. [...] We used mathematical modelling to find out under what conditions marine reserves might push fish to evolve to escape capture.” Currently a faculty member at Mount Royal University, Mee had conducted this research while completing a postdoctoral fellowship at UBC.

The researchers discovered that the movement patterns of tuna could change within a decade of creating new marine reserves; for the great white shark, the duration was five years. In addition, they also found out that the greater the fishing pressure close to the reserves, the faster the fish would evolve in order to remain within the protected space. These fish would then pass on this behaviour to their offspring, and this would lead to an increase in the fish population within the marine reserve.

In recent decades, fishing operations have grown exponentially, so much so that there is a global catch decline of 1.2 million tonnes of fish annually. As such, the researchers stress the need to set up more marine reserves.

According to Sarah Otto of UBC's Biodiversity Research Centre, “The reserves are likely more effective than previously thought in preventing extinction for some species, protecting biodiversity and even acting as an insurance policy.”