We are entering the age of the 'Quantified Self'. 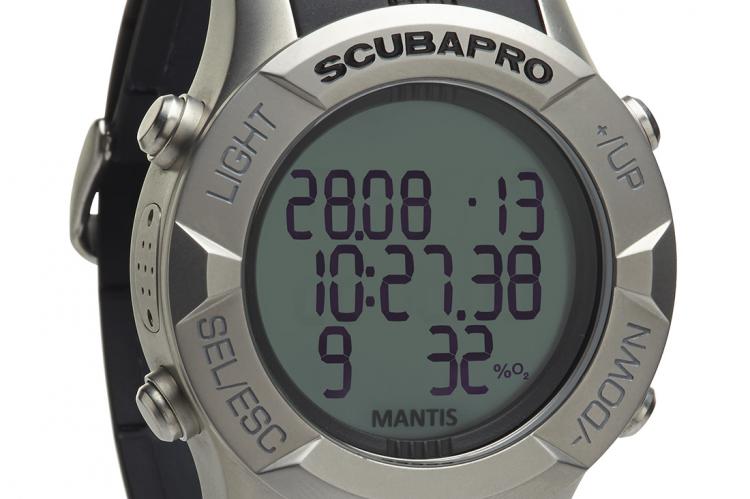 This was recently confirmed when Fitbit - the company that manufacturers a suite of devices that track your steps, calories burnt and active minutes - floated on the New York Stock Exchange in June 2015. The Financial Times reported that within minutes of Fitbit making their public debut, their shares soared 52 per cent.

Divers tend to be more self-aware and engaged with their personal fitness and physiology, probably because of the nature of the sport. Being able to self-track your body is a natural step. We are curious and hungry for data. With the launch of Scubapro's Mantis M1 it looks as though some of the thirst for this knowledge will be quenched.

Scubapro state they have launched "a dive computer like no other. The first and only wristwatch-style dive computer to incorporate Human Factor Diving™ (a combination of Human Factors, Ergonomics, Biometrics and Wearable Technology) into its design, enabling you to live your life in dive mode, and create detailed 'real-time' self-tracking reports on how your body is functioning, both above and underwater."

For once, let's consider the après diving activities first. This feature-rich timepiece has an alarm clock, and a stopwatch. Scubapro has also incorporated an altimeter that can track your hiking adventures. In the event that you decide to climb a mountain not long after diving, the computer is smart enough to alert you both visually and audibly "that today this walk in the black forest is probably not one of your wiser decisions" - you are going to altitude too quickly. It also has a chronograph with lap memory for running, or you can switch it into Swim Mode to record your swimming time, number of swim strokes and swimming distance.

Scubapro has been quick to realise divers are ageing (and so are their eyes) and they have utilised the CHROMIS font on the Mantis M1, thus ensuring that the LCD segmented display has extra-sharp large alphanumeric characters that are quite readable underwater. The marine grade 316 brushed stainless steel casing has no holes in it. Instead the four rounded buttons are magnetic. They activate the relevant electrical reed switches inside, thus the casing is kept watertight. What does this practically mean for the diver? Because the unit is sealed, you are able to get your CR2032 battery (rated for 300 dives / 2 years) changed by a professional watch shop in a remote location, rather than returning the unit to Scubapro because the technician only has to worry about one compartment seal.

I get the feeling that Scubapro has designed the Mantis M1 to be a robust working tool for Divemasters and Instructors. By the very nature of our job, we can be quite tough on our equipment. For instance, the mineral glass face is deep set on the Mantis M1 to minimise the chance of scratching the face. (I was most upset when I scratched the face of my Citizen Promaster on a stage cylinder in March 2000). And strap security has also been considered. In the event that one pin fails, you won't lose your computer. It will remain on your wrist because it is secured by two pins. Small details but important ones.

Scubapro state the UWATEC ZHL-8 predictive multi-gas algorithm "is the only dive computer algorithm that includes a diver's breathing rate, heart rate and skin temperature as an indicator of workload during a dive, and adjusts the decompression plan to avoid risk factors." So lets discuss this.

Scubapro revealed at the 2014 DEMA Show they intend to incorporate a 'Skin Temperature Monitor' towards the end of this year (2015) so that this factor can also be integrated into the Mantis M1 algorithm. On the face of it, this sounds really quite exciting. In reality it probably means more questions than answers for the diver.

During your basic training you should have been taught when planning a dive in cold water, to plan the dive assuming the depth is a number of metres or feet deeper than actual. This concept conservatively pads the table, adding in a safety factor because temperature can affect a diver's ability to on and off-gas nitrogen. You are not going to off-gas optimally when you are cold. Scubapro marketing materials confirm they have included thermal management in their algorithm since the early 2000. There are a few wrinkles with this. The computer may be able to measure water temperature but it has no idea how you, the diver, is clad and what your personal temperature is. Are you gibbering in a semi-dry or nice and snug in a decent set of thermal underwear and a fully working 'dry' drysuit?

By incorporating a Skin Temperature Monitor, Scubapro intend to measure, in real time, the skin temperature via a chest strap (that also measures your heart rate), and include this data in their decompression algorithm. Whilst a chest strap will give some indication of surface skin temperature, the process may not be effective in measuring whole body thermal status.

The monitoring of one point will not give you an accurate measurement, what is needed is the status of many points. However, as far as I am aware, this is the first dive computer to actively consider trying to incorporate real time diver temperature into their algorithm, therefore Scubapro should be given a pat on the back for this important development. Whilst the whole body status may not be wholly accurate, this is a necessary step to get us moving to where we want to be, ie full physiological monitoring and interpretation.

"This is a necessary step to get us moving to where we want to be, ie full physiological monitoring and interpretation

The Mantis can operate in four underwater modes - Apnea, CCR, Deco and Gauge. Three of these modes (Apnea, Deco and Gauge) have been pretty much standard on many computers for several years. With rebreathers becoming more popular it is good to see that manufacturers are now considering including a CCR option and the Mantis has a fixed PPO2 (partial pressure of oxygen) for closed circuit rebreather diving. The Mantis can also handle three gas mixtures, from 2% nitrox through to 100% oxygen, giving you the flexibility to carry additional staged gas in addition to your primary breathing gas. 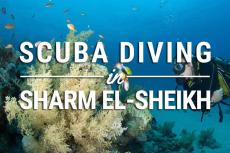 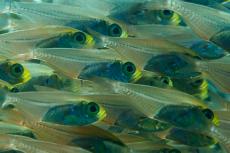 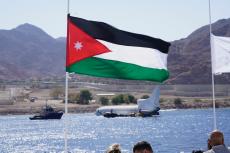 Did Stone Age people swim and dive just for the fun of it?
News, Archaeology
END_OF_DOCUMENT_TOKEN_TO_BE_REPLACED

END_OF_DOCUMENT_TOKEN_TO_BE_REPLACED 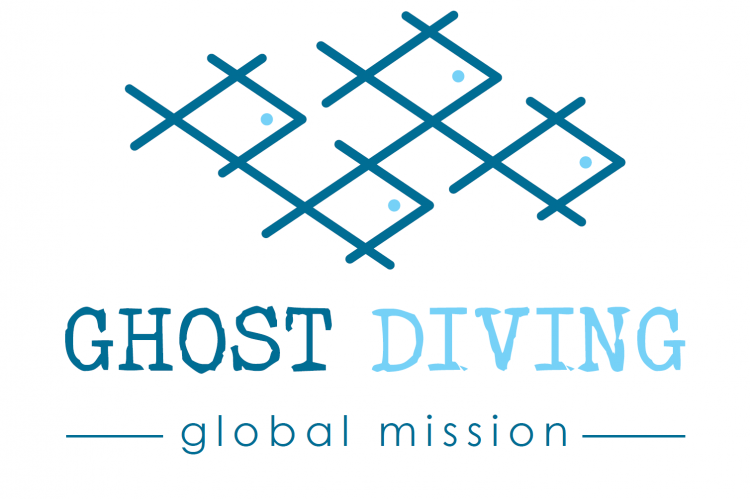 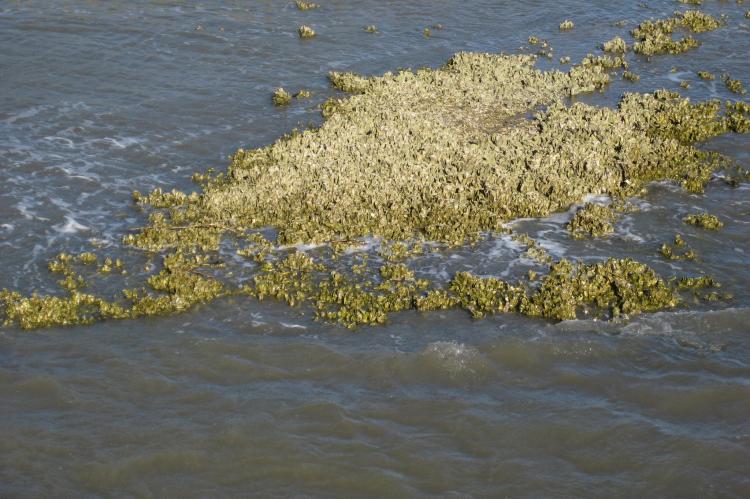 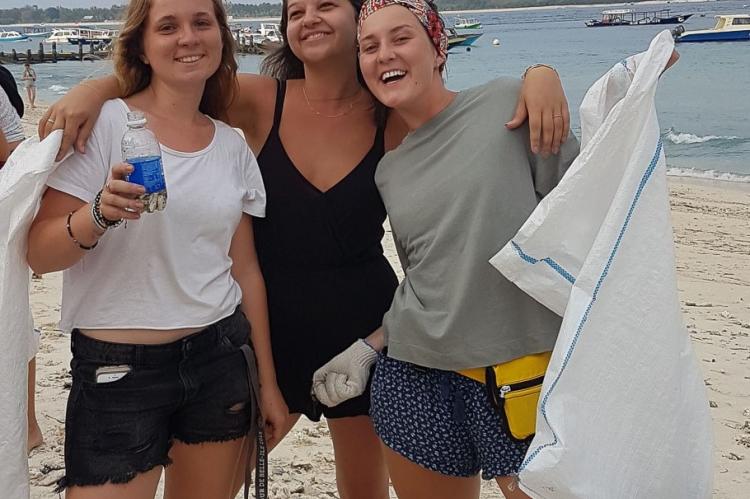