Some rockpool prawns prefer to stick with the food they found while others tend to forage for more choices. 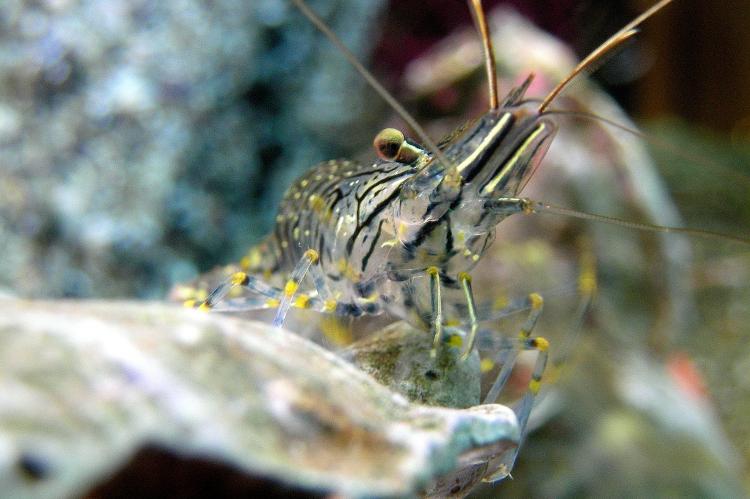 Some rockpool prawns prefer to stick with the food they found while others tend to forage for more choices.

Scientists at the University of Exeter studying rockpool prawns (Palaemon elegant) have discovered that they exhibit different personalities, and those that are "shy" tend to fare better when competing for food.

The findings of their study was published in Volume 140 of the journal Animal Behaviour.

In the study, the prawns, all taken from the Gyllyngvase beach in Falmouth, were tagged and tested on their level of boldness by placing them in an unfamiliar tank and observing how much they explored and ventured to the centre.

Then, they were split into groups of similar sized individuals and their feeding behaviour observed using parcels of brine shrimp.

The experiment showed that the more shyer, risk-averse prawns were better at controlling the food source. First author Daniel Maskrey, formerly of the University of Exeter but now at the University of Liverpool said, “This means that when they found food and possible rivals were nearby, they stayed and fed for longer than bolder prawns."

"The reasons for this aren’t clear, but it’s possible that bolder prawns have a higher urge to go on and continue exploring. We witnessed prawns fighting over food, and it could be that some use a bold exploration strategy because they favour searching for new food over competing with stronger rivals,” he added.

Dr Tom Houslay, from the Centre for Ecology and Conservation on the University's Penryn Campus in Cornwall, said the study might explain why the prawns in a single rock pool might have different personalities, instead of having developed a single personality type.

“In different conditions and situations, either of these strategies might pay off—which might explain why evolution has not led to a single personality type. The rock pools where these prawns live change with each high tide, and having such variation among prawns could be crucial when it comes to adapting to these and other changes.”