Archaeologists in Madagascar say they have found what they believe is the treasure of notorious Scottish pirate William Kidd. 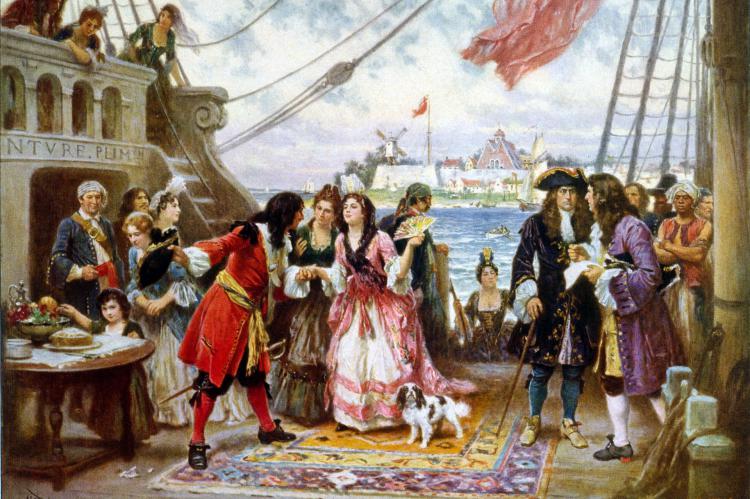 The Wikipedia entry on Captain William Kidd reads that he was either one of the most notorious pirates in the history of the world, or one of its most unjustly vilified and prosecuted privateers, in an age typified by the rationalisations of empire. Despite the legends and fiction surrounding this character, his actual career was punctuated by only a handful of skirmishes, followed by a desperate quest to clear his name. He was tried and executed for piracy after returning from a voyage to the Indian Ocean. Some modern historians deem his piratical reputation unjust, as there is evidence that Kidd acted only as a privateer.

Captain Kidd was executed in 1701 for piracy after returning from a voyage to the Indian Ocean. Legend had it that Kidd hid much of his loot, which has prompted numerous treasure hunts around the world and inspired Robert Louis Stevenson when he wrote Treasure Island.

What is now suspected to be part of that treasure has been discovered deep underwater in Madagascar. A 50 kg silver bar, which is now being guarded by soldiers, was brought to shore at Sainte Marie island by divers after they made the amazing discovery, which is thought to have been left behind after a shipwreck in the 17th century.

Madagascar's president and UK and US diplomats received the suspected treasure at a ceremony on the island, the BBC reports.