It appears that family ties are so strong in two damselfish species that they can sniff out their relatives even before they are hatched. 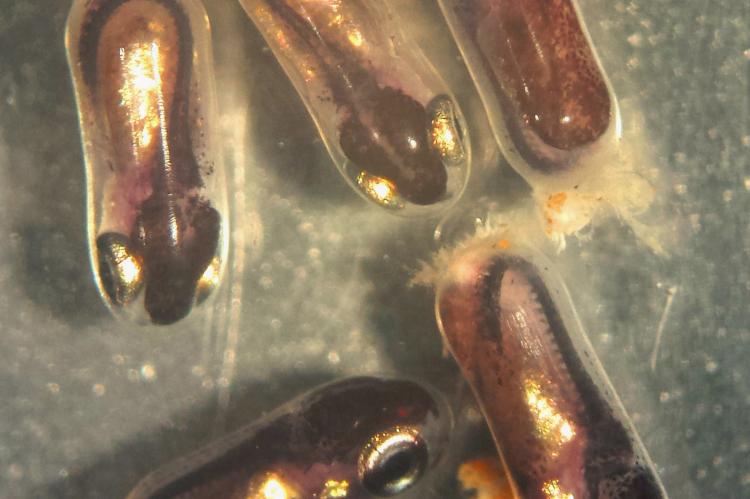 Scientists have discovered that damselfish, as young as eight days old, have the ability to detect and identify their kin through their odour, even though they are still embryos.

Dr. Jen Atherton and Prof. Mark McCormick, both at the ARC Centre of Excellence for Coral Reef Studies (Coral CoE) at James Cook University were involved in the study. “The most amazing thing is, not only can the baby damselfish identify cues from other sibling fish with the same parents–they can differentiate between the fish of different parents, and also different species altogether,” said Dr. Atherton.

This capability, which also helps them pick up the scent of an injured relative, may help the fish avoid predators. “These fish can increase their chance of survival not only through cooperating with their kin, who will help alert them to danger, but they may also use these scents to select ‘safe’ habitats,” Dr. Atherton added.

Different responses were detected between kin, non-kin of the same species, and other species.

The study, which involved the cinnamon clownfish and the spiny chromis, measured fish embryo heart rates under a microscope. “Looking at the change in heart rate from before and after the introduction of certain odours allowed us to quantify the fish embryo’s reaction to it,” said Dr. Atherton.