White nights at the White Sea

Russia. I am here. I am gripped by a sense of disbelief. As the tundra flies past the train window recollections of grainy tv-images from my childhood keep popping up. The marching soldiers and missile batteries being paraded across the red square before the pouty looking Leonid Breshnev and the politbureau looking on from the top of Lenin’s mausoleum. That was scary days. The Iron curtain was impenetrable and Russia was a place only for spies and covert business men and diplomats. That is what it felt like anyway. So here I am, sipping tea in a old, but very confortable sleeper wagon heading up north from Sct. Petersburg towards the artic circle and some spectacular diving during the long days. 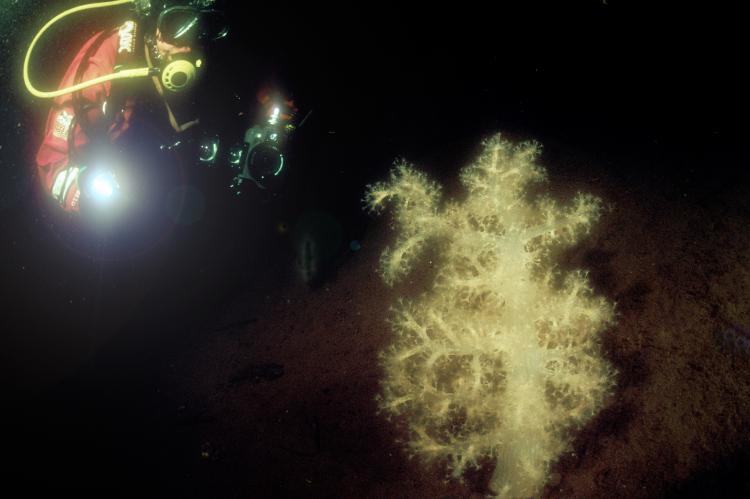 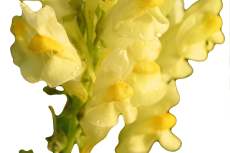 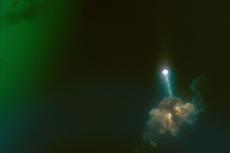 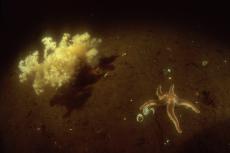 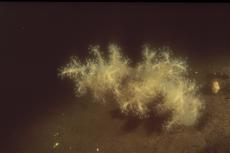 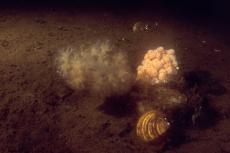 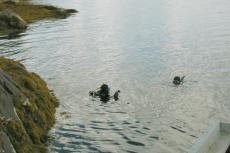 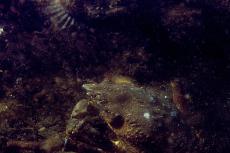 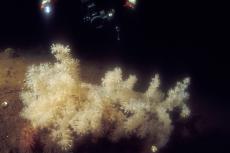 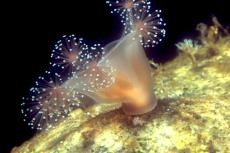 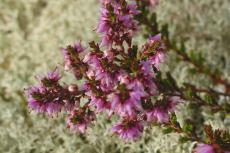 After a couple of days of much commendable sightseeing in Sct. Petersburg – one of the most beautiful cities in the world, and home to an incredible collection of art – we had ample time to check out of our hotel and leisurely catch our train around noon. It is a 26 hr ride north and with an arrival time at the tiny whistle stop of Chupa, a small dispersed urbanisation some 40kms south of the artic circle you need not worry about oversleeping either. Meals onboard are sturdy but that is part of the real experience.

In hindsight the train ride was just as memorable and a highlight like St. Petersburg and the diving that awaited us ahead.

Getting off the train, we were struck by the fresh crispness of the air that characterises the high north – you just had to inhale deeply - and as the train leaves and you listed to it disappearing in the distance it gets really quiet. The kind of quietness that just transplants itself into your mind. Soon, some non-descript ex-military four wheel drive vehicle that looked like a hybrid between an Asian minibus and a ww2 amphibious landing craft screeched up on the scene. Our ride to the dive resort had arrived.

40kms out of dirt roads later we got a “Close encounter of the Third Degree” experience as something that looked like a yellow Spanish Galleon appeared behind the spruces in the wilderness. But that, Ladies and Gentlemen, should soon turn out to be the artistic superstructure of the dive center and our abode for the next week. To this day I have never been able to make up my mind whether this construction was silly, childish, funny, remarkable, daring or plainly just an eyesore. But it was surprisingly functional and roomy inside. Very nice rooms, good dining facilities and great view from the upper deck, lots of storage and changing room downstairs, effective drying facilities and, off course, the indispensable sauna.

The thing we came to do. The dive centre sits right by a little shallow bay or inlet, which constitutes a sort of ..uhm… housereef. Only is there no corals here, at least not in the shallows, but a lush vegetation of kelp in which numerous species of nudibranchs crawl about. I could spend hours – until I was called out of the water as dinner was to be served – just watching the critter spectacle going on under the leaves of the kelp. There was a little headland in front of the divecenter with a drop-off permitting some deeper diving. The water was flat and still and the sky was just magnificent – at these high latitudes it is just soft and have a lot of tones. As we were sitting for a while in the surface before submerging it was so tranquil that we could hear each other breathing. The water is clear and cool. At first I can’t see a thing as I marvelled a bit too long at ... 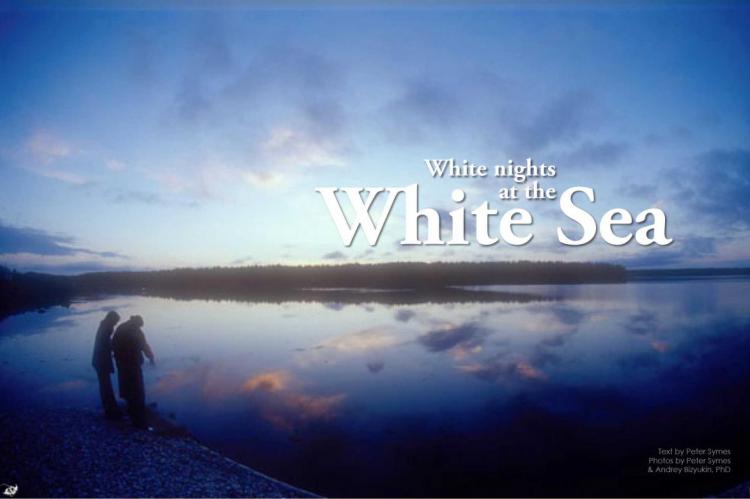 Raja Ampat revisited. White Sea in the Russian North. Dive lamps - how to choose. Osmosis explained. How to save a rebreather diver. Reports and news from DEMA and Antibes festival. Photographing models. Shopping for the holidays. Lyngstølsvattnet. 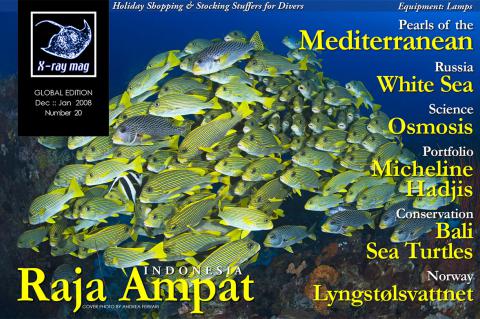