The Atlanta-class light cruiser was finally found 4,200 meters (about 2.6 miles) below the surface by a shipwreck survey team led by Microsoft co-founder Paul Allen, seventy-six years after it was sunk by a Japanese torpedo during the battle of Guadalcanal. 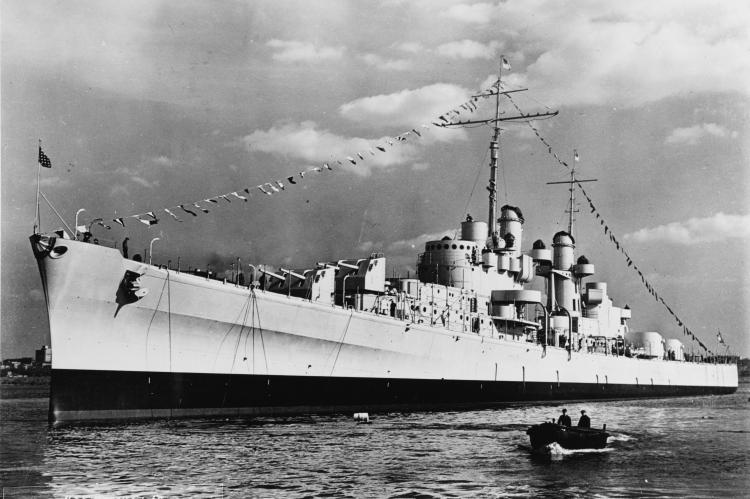 The Research Vessel R/V Petrel’s autonomous underwater vehicle (AUV) first identified the ship in its side scan sonar on March 17. Upon analysis of the sonar data, the Petrel crew deployed its remotely operated underwater vehicle (ROV) on March 18 to verify the wreckage through its video capabilities.

The cruiser departed for the Pacific Theater on 22 August. On 8 November Juneau departed Noumea, New Caledonia, as a unit of Task Force 67 under the command of Rear Admiral R. K. Turner to escort reinforcements to Guadalcanal. The force arrived there early morning 12 November, and Juneau took up her station in the protective screen around the transports and cargo vessels.

At 0148 on 13 November, Rear Admiral Daniel J. Callaghan's relatively small Landing Support Group engaged the enemy. The Japanese force consisted of two battleships, one light cruiser, and nine destroyers. The Juneau was hit on the port side by a torpedo and subsequently withdrew alongside the other damaged ships, the Helena and the San Francisco.

As the Juneau tried to leave the area, it was hit by a second torpedo in the same location. Following a huge explosion, the ship broke in two and sank within 20 to 30 seconds.

The discovery, described in a statement by Vulcan Inc. representatives, marks the watery grave of the Sullivan brothers — George, Francis, Joseph, Madison and Albert.

The Sullivans refused to serve in the U.S. Navy unless they could serve together, and they were granted permission to do so despite a Navy policy that prohibited assignment of family members to the same ship, according to the Naval History and Heritage Command (NHHC) website.