The port of Narvik in north Norway was established around the export of iron-ore from Sweden. This was due to the very good harbour and its ice-free conditions. At the outbreak of World War II, Narvik was a strategically important harbour, and during the first few days of the war a very intense battle was fought out here between German, Norwegian and British naval forces.

During this fighting several ships were sunk, both warships and civil merchant ships. Narvik harbour was transformed into a great ship cemetery, with wrecks sticking up out of the water everywhere. Several of the ships were later salvaged, but many wrecks still remained. With its high density of wrecks, Narvik is an eldorado for wreck divers. 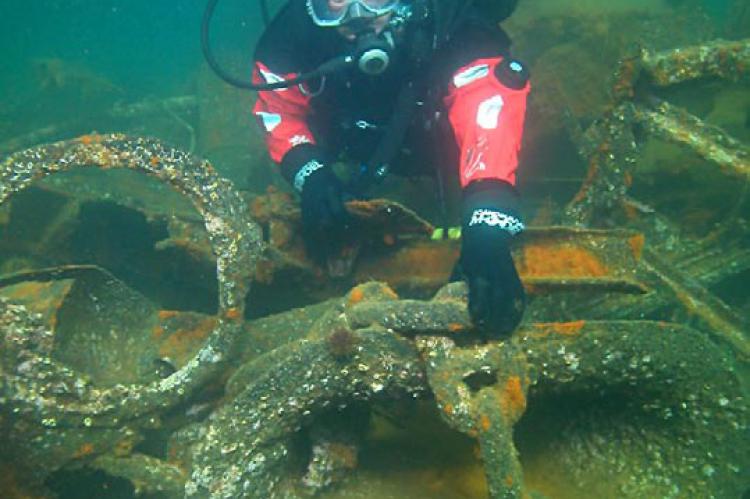 The importance of Narvik as a strategic harbour increased immediately at the outbreak of World War II. Germany needed large amounts of iron ore for their armaments industry, and had a big advantage, in that the ships carrying the ore could use neutral Norway and Sweden to get safely through, without the British navy being able to attack. The export from Narvik went ahead therefore, with ore ships from many countries. Due to the war between Finland and the Soviet Union, Norway had moved her largest warships to North Norway, and in April 1940 both the antiquated armoured warships were guarding Norway’s neutrality in Narvik, in order to ensure that the traffic with the ore carrying ships was not disrupted by the warring nations.

The German attack was a great surprise for Norway, and the forces in Narvik were quite unprepared for the attack. In the morning mist, the armoured warship Eidsvold, which was anchored outside Framnesodden, discovered that foreign naval vessels were on their way in to Narvik’s harbour. Even with its forty years, the armament of the Eidsvold was a big threat to the much smaller German destroyer, Wilhelm Heidkamp, which stopped a few ship’s lengths away. It must have seemed very strange for the commander of the Eidsvold to be requested to surrender to a German destroyer a long way in a Norwegian fjord.

As the Eidsvold prepared to open fire the Wilhelm Heidkamp fired torpedoes, which sank the Eidsvold in just a few seconds. The German ships could thereafter sail into the harbour basin, partly hidden in a strong blizzard. On board the armour-plated Norge, it was clear that something was terribly wrong, and slipped its moorings. When the foreign warships were discovered in the harbour, the Norge immediately opened fire against them. Again, it went terribly wrong for the pride of the Norwegian navy. Norge was struck by a torpedo fired from the German destroyer Anton Schmitt, and capsized and sank in just two minutes. Out in the harbour basin, all was total chaos. The merchant ships launched lifeboats into the water, and thereby rescued a number of survivors from the Eidsvold and Norge. The captain of the German ore-boat Bockenheim thought that it was British forces that were attacking, as three torpedoes hit the ship. He therefore ordered the ship to be beached and blown up.

In the space of just a short time Narvik harbour was under German control. All the merchant ships that were not German were immediately put under German control, and the guns on the British cargo boats were demounted to be used as land-based artillery.

The British hit back

Even though the attack was surprising for Norway, the Royal Navy were already out in the Atlantic in a hunt for the German warships that were sailing north. Thus, the retreat of the 10 German destroyers in Narvik could be cut off. As the weather conditions were good for a surprise attack, the British second destroyer group was ordered into Ofotfjord in order to attack the German forces there, and to create the greatest possible damage to both the warships and the merchant ships there.

The attack was a total surprise, as the German destroyers at the mouth of the fjord had not observed the British attackers. The British could therefore fire their torpedoes straight into the harbour basin without meeting any serious resistance. The results were overwhelming. Two German destroyers and several cargo boats were sunk after being hit by torpedoes. In addition, many ships were damaged, and the German naval leadership in Narvik was nearly totally wiped out when the Wilhelm Heidkamp was hit by a torpedo. The retreat of the British ships was, however, not quite so easy, as the German destroyers guarding the fjord threw themselves into the fray.

The British destroyers HMS Hardy and HMS Hunter were thus sunk in Ofotfjord. The remaining British forces also discovered the German supply ship Rauenfels, which was beached and blown up. Essential supplies of ammunition, weapons and provisions were thereby lost for the Germans.

After this there were some quieter days. Planes from British aircraft carriers attacked the harbour, but caused only limited damage.

On April 13th, the great battle of Narvik harbour took place. Under command of the British battleship HMS Warspite, a large British force sailed into Ofotfjord to annihilate the German destroyers. German submarines attempted to attack but the torpedoes didn’t work! Thus, all the remaining German destroyers could be destroyed. This time the British losses were small. Only the destroyer HMS Eskimo had its bows destroyed by a German torpedo. Most of the German destroyers were beached, emptied of ammunition and blown up. The merchant ships were not spared.

When the British forces pulled out, all the merchant ships were either sunk or destroyed. Narvik harbour was transformed into an enormous ships’ cemetery with wrecks sticking up out of the water everywhere. ... 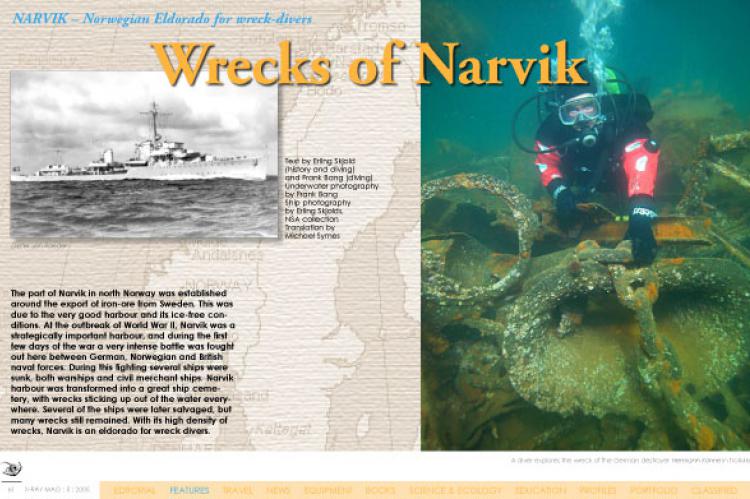 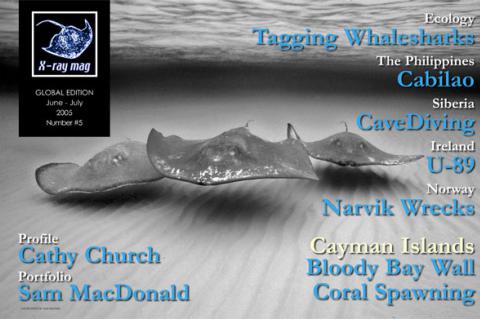