Several World War II shipwrecks have vanished from the bottom of the Pacific Ocean, prompting the British and Dutch governments to seek answers. 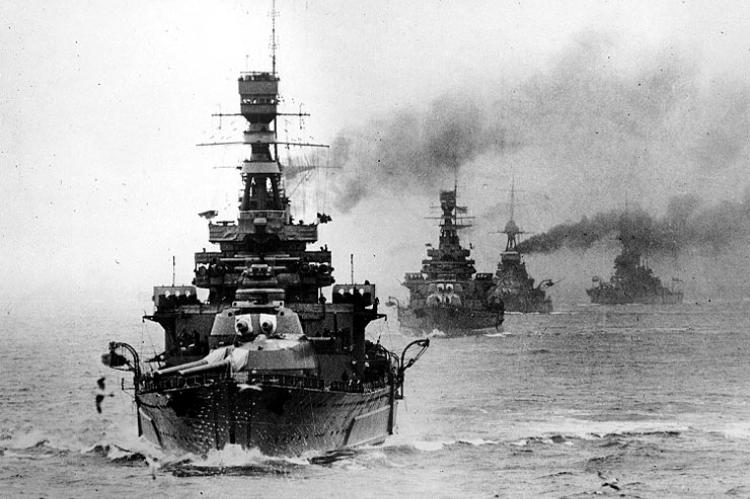 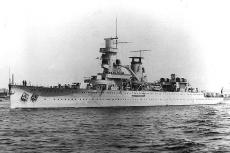 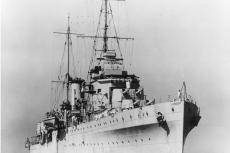 Three British ships and a US submarine that sank in the Java Sea during the second world war have been destroyed by illegal scrap metal scavengers, the Guardian revealed in November. A preliminary report from an expedition to document sunken ships, seen by the Guardian, shows that the wrecks of HMS Exeter, a 175m heavy cruiser, and destroyer HMS Encounter have been almost totally removed. The USS Perch was 91m long and weighed 1,370 tons.

In addition, three Dutch warships sunk in the Battle of the Java Sea in 1942 have largely disappeared from the sea bed, Dutch defence minister Jeanine Hennis has told MPs in a written briefing. The wrecks of cruisers HNLMS De Ruyter and HMLMS Java and destroyer HMLMS Kortenaer were found by divers in the waters off Indonesia in 2002 and declared a war grave.

Now you see them, now you don't

The shipwrecks were discovered, mostly in the condition in which they sank, 15 years ago, by amateur divers.

But when the sites were surveyed ahead of next year’s 75th anniversary of the Battle of the Java Sea, they had gone. Though divers used underwater photography and sonar to find traces of where the ships had been, both cruisers and vast parts of the destroyer had disappeared from the bottom of the Java Sea. All that was left in their place was ship-shaped indentations on the sand, 50m below the surface.

The chief suspects are illegal salvagers, diving down to the wrecks and systematically plundering them, not just for their cargo, but for their fixtures, fittings and finally their entire rusting hulks.

In 2015, Singapore's New Straits Times reported that groups of divers disguised as fishermen were illegally stripping sunken WWII ships for metals such as aluminum, brass and steel. Alongside the Dutch war wrecks, scavengers have been stripping two sunken British Royal Naval vessels, the HMS Prince of Wales and the HMS Repulse since 2012, according to British newspaper The Telegraph. Illegal salvage operators often masqueraded as fishermen to avoid detection, Malaysian officials said, and used GPS to locate the sunken ships.

Explosives would be used break the ship up with propellers, steel parts, high-grade aluminium and brass fixtures particularly prized. The best parts can go for more than $4,000 a ton.

"We have contacted the Indonesian authorities to express our serious concern at this news and to request that they investigate the reports and take appropriate action to protect the sites from any further disturbance," a spokesperson from the British Ministry of Defense, told CNN in a statement. The Dutch Government has also launched an investigation to solve the mystery of what has happened to its warships, which are classified as an official war grave for some of the 900 Dutch soldiers who died in the battle.

However, Indonesian officials have hit back saying other countries should do more to protect their wrecks. The Indonesian Navy cannot monitor all areas all the time,” navy spokesman Gig Jonias Mozes Sipasulta told Agence France-Presse. “If they ask why the ships are missing, I’m going to ask them back, why didn’t they guard the ships?” The Malaysian authorities have intervened in the past to stop wrecks being pillaged, but with hundreds of sunken vessels in thousands of square miles of the Pacific to monitor, it faces the same problem.

"We are very concerned to hear that the wrecks are being plundered by scrap metal merchants and I have asked for a plan to be drawn up for a survey of HMS Repulse and HMS Prince of Wales," Rossid bin Musa, director of the Marine Department of Malaysia, said.

The Dutch and the British are not alone. The Australian cruiser HMAS Perth and another allied ship, the USS Houston, sank in March 1942 after the ships ran into a massive Japanese invasion fleet in the Sunda Strait. After a brief battle, during which about 90 torpedoes were fired at Perth, the ship went down with 351 of her crew. In 2013, it was found that the wreck of HMAS Perth has also been stripped bare by commercial salvagers.
The remains of as many as 350 Australian sailors were on the ship, which divers reported had been stripped of most of its superstructure and gun turrets, reported the ABC. However, the HMAS Perth had never been registered as a war grave, giving it little protection.

It is against international law to desecrate naval war wrecks, war graves and associated artifacts, as it causes distress to loved ones of those who lost their lives on board. UNESCO’s Convention on the Protection of the Underwater Cultural Heritage, adopted in 2001, is supposed to ensure sensitive shipwrecks—such as those in the Java Sea—remain intact.

Quite evidently, this has not be happening in the seas of South East Asia.