A study by Simon Fraser University delves into the question of why young salmon leap out of the water. 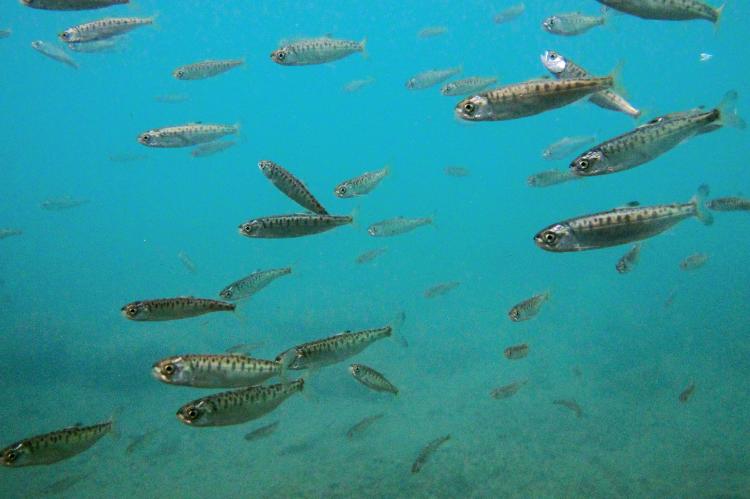 Young sockeye salmon fry, when not leaping out of the water.

Why do young salmon leap out of the water, even when there are no obstacles in their way?

Possible reasons that have been suggested include getting over obstacles, catching food and fleeing predators. However, according to aquatic ecologist Emma Atkinson from Simon Fraser University, some of these reasons may not apply as their typical diet comprise mainly underwater zooplankton and, when fleeing predators, they tend to scatter rather than leap out of the water.

A recent study by Atkinson, together with fellow aquatic ecologist John Reynolds, suggests that one of the reasons for this behaviour is that the fish are trying to get rid of sea lice.

To test this possibility, the scientists caught juvenile sockeye salmon during their coastal migration from Fraser River, then confined them to flow-through net pen enclosures. Half of the fish had their pen covered with netting to prevent leaping, while the other half was allowed to leap whenever they wanted to.

After three days, the sea lice on each fish was counted.

It was found that the fish that were confined by the netting possess 22 percent more sea lice than those that were not confined.

The researchers also discovered that it takes on average 56 leaps to successfully dislodge one sea louse, highlighting the high amount of energy needed to get rid of them.

The findings of the study has been published in the Journal of Fish Biology.