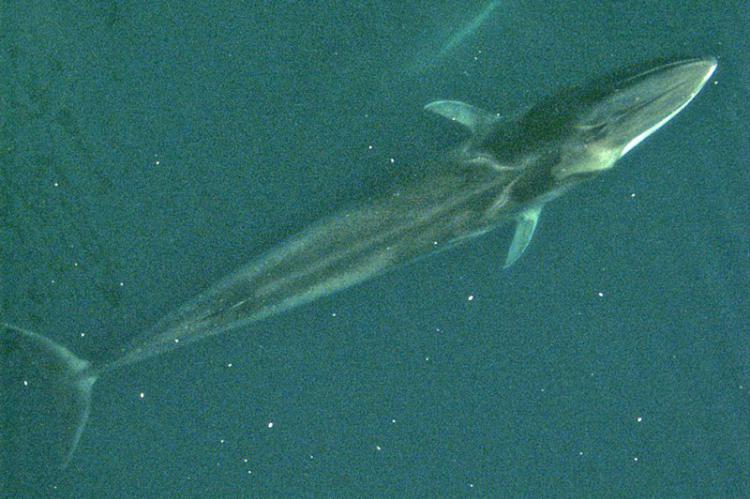 Fin whale seen from the air

Blue and fin whales are common inhabitants of the Southern California Bight, but little is known about their use of the area.

To study their distribution, high-frequency acoustic recording packages were intermittently deployed at 16 locations across the bight from 2006 to 2012.

Blue whale calls were more common at coastal sites and near the northern Channel Islands, while the fin whale call index was highest in the central and southern areas of the bight, indicating a possible difference in habitat preferences of the 2 species in this area. The acoustic data indicate that the blue whale population in Southern California is relatively steady, while the fin whale population is increasing.

Although researchers have studied blue and fin whales for years, the researchers note that both species are particularly mysterious, and scientists still don't know some basic information about them, such as their mating system or breeding grounds. The Southern California Bight is a highly productive ecological territory for many marine animals due to strong upwellings, but researchers have not found any evidence that blue or fin whales are breeding there.