Ghost Diving establishes a new chapter in the UK

The Ghost Diving Foundation has today announced the establishment of a new country chapter. Divers in the United Kingdom are joining fellow team divers in New Zealand, Egypt and Korea in a shared goal of removing lost fishing gear.

The international volunteer diver organisation - formerly known as 'Ghost Fishing' - was founded in 2012 to locate and remove lost, snagged and entangled fishing gear or 'ghost fishing' equipment from our oceans and seas, across the globe.

From day one this important role has always been conducted by groups of highly experienced, specially skilled, volunteer technical divers who are used to team diving on standard gases, using a set equipment configuration. The divers involved understand and appreciate the hazards of these dives.

Ghost fishing - a lost or abandoned net or other fishing equipment that is snagged on a reef or wreck, continues to trap marine wildlife. Rosemary E Lunn

In March 2020 this trend-setting foundation chose to rebrand and rename itself 'Ghost Diving', to highlight its primary mission. At the time Pascal van Erp (founder of the not-for-profit Ghost Fishing organisation) told X-Ray Mag "Now that the problem of ghost fishing has been identified and is better known, it’s time to focus on the solution. We have therefore decided to rebrand our organisation and put the technical divers on center stage, because they are the ones who recover the lost fishing gear from the seas and oceans. They deserve recognition for their truly tremendous efforts.”

Ghost Diving volunteers are found in almost every sea and ocean - just like the ghost gear, they aim to recover. Pascal van Erp

When Pascal van Erp originally established the Ghost Fishing Foundation, he knew how important it was to preserve the marine environment. He recognised early on that it would be no small feat to clean up the oceans. He'd need many willing and capable hands across the world, that could do this in a safe manner. It's worth remembering that this was pre 'Blue Planet II', where David Attenborough highlighted the issue of plastic oceans to the public.

Pascal therefore worked to establish a global presence, and set up several international chapters around the world, with the same goals and vision as the original (and now headquarters) Netherland's chapter. This included helping launch Ghost Fishing UK (GF-UK). The British chapter was provided with a name, an identity, technique knowledge and procedures, guidelines and standards. GF-UK was also actively supported financially with a significant grant. The Healthy Seas Foundation awarded GF-UK a €15,000 grant in 2018 / 2019, to assist the UK chapter's valuable work of recovering abandoned ghost fishing gear.

When the 2020 rebranding / renaming was announced, GF-UK was naturally invited to join the Ghost Diving Foundation because of the sterling work they had done in the UK. The UK Chapter decided to walk its own path, and the two organisations chose to part amicably. The split was partially understandable because the chapter had worked hard to be recognised as a British registered ocean conservation charity, and a name change would not be straight forward. Today GF-UK continues to remove lost, snagged and entangled fishing gear from wrecks around the UK coast. In the process they - as all Ghost Diving chapters do - rescue trapped animals. In addition GF-UK focuses on writing and selling removal courses to non-technical divers. Recently GF-UK has partnered with surface providers and a recreational diving organisation, so that this marine hazard can be highlighted in more communities.

There is more lost gear in the seas than our team can remove in isolation. There is room in this space for more work to be done, and by definition other groups. Ghost Fishing UK

Pascal van Erp told X-Ray Mag "whilst both GF-UK and our chapters all work on the same cause, we have a different ethos and approach. For instance, one of our pillars from day one has been that every Ghost Diving chapter around the world trains their divers for free, so that they can safely survey and retrieve lost fishing gear using certain techniques and procedures.

Following an initiative from local UK divers who like our safe standard of team diving, we have taken the decision to establish a new Ghost Diving chapter, 'Ghost Diving (United Kingdom)'. Duncan Simpson and John Wheeler will respectively head up two teams, based in the north and south of the country. Each team will operate in their own area - Duncan out of Tynemouth and John is Cornwall based - whilst adhering to our organisation’s modus operandi. The pair met at a GUE Christmas Dinner, and got chatting about the projects they were working on, and what they wanted to achieve. As a result Ghost Diving (United Kingdom) was born.

I am pleased that on a national level partnerships will be established with local diving and conservation groups, to form a strong front in the fight against marine pollution, especially those caused by lost fishing gear. To this end Ghost Diving (United Kingdom) has already formed a partnership with Healthy Seas."

One of the fundamental cornerstones of each Ghost Diving chapter is the efficient and proper recycling of the recovered ghost gear. You can't just remove it from the sea, and then do nothing with it. The
'grave to cradle loop' must ALWAYS be closed! Ghost Diving (United Kingdom) will therefore be working closely with Healthy Seas to ensure that this always happens. This non-profit environmental organisation takes the nets and makes sure they become a valuable new resource, hence 'from waste to wear'.

From waste to wear. Healthy Seas

Pascal van Erp confirmed to us that Healthy Seas has issued an important grant to the Ghost Diving (United Kingdom) Chapter, that will help fund their diving. In return the abandoned / lost nets and ghost fishing gear that the divers recover will be sent for appropriate upcycling with Bracenet and recycling via Healthy Seas and its partners. "I am proud that Ghost Diving has such a strong alliance - we the divers work very well with the fishermen and the environmental partners, to clean up our oceans and seas," stated Pascal van Erp.

Each chapter has its own strength and speciality because of the local diving conditions. Pascal van Erp

Duncan Simpson is a technical diver (GUE Tech 1 trained by Rich Walker) who has a passion for exploring the North Sea shipwrecks. Although he started diving in 1993, it's only in the last five year's that he has got back into the sport, diving intensively on a citizen science project. (Ducan is documenting marine sites to raise awareness of environmental challenges).

Duncan told X-Ray Mag "COVID-19 allowing, this promises to be a great year. I founded 'Project Baseline UK North Sea Wrecks', with the intention of surveying and documenting certain wrecks in the 30 m / 98 ft range, sunk between St Abbs Head in Berwickshire and Flamborough Head, Yorkshire.

We have a lot of wrecks off this coast, including World War I submarines and boiler-driven steam ships. The Farne Islands are littered with wrecks. Ships would often come a cropper [suffer an accident] on the rocks. I have noticed that the wrecks that are standing up in a prominent manner are often snagging nets, and ghost fishing. I'm pleased to join a Chapter that will help clear the North Sea of harmful, damaged, or lost fishing gear. We are a pretty commited team of UK divers that enjoy the GUE style of diving. Being part of Ghost Diving will allow us to focus on improving and protecting the North Sea for everyone."

John Wheeler is based in Cornwall. The county benefits from several marine initiatives. "We are all in it together, so it is a not an issue if we dive the same patch. We are inclusive and wish to collaborate with as many groups as we can."

John Wheeler is a GUE Fundamentals and Cave Diver Level 1 (trained by John Kendall) who has been in and around the ocean all of his life. He could swim before he could walk. This passion from an early age lead John to study Marine Biology and Oceanography at Plymouth University. Whilst on the course it hit home how vulnerable the oceans are, and he became an active member of the GF-UK team.

John told X-Ray Mag "I got to work with Pascal van Erp on an international project in the summer of 2019. It was a fascinating time because we found and recovered long-lines and gill nets and successfully rescued a mix of sealife including starfish and crabs.

Luckily there are a lot of active organisations in Cornwall such as Sea Shepherd and Fathoms Free, who are focused on the marine environment, so I'm sure that we will get to hear about abandoned net. Ghost Diving (United Kingdom) is certainly looking to be inclusive and collaborate with as many groups as we can. We are all in it together, so it is a not an issue if we dive the same patch. That said I am certainly looking forward to starting recovery projects in places that are not touched so much.

I am also fortunate in that I work with the environmental brand Waterhaul Sunglasses, so it will be pretty cool to see Ghost Diving (United Kingdom) chapter 'closing the circle'. I hope that we will be able to support this local company through our environmental cleanups."

Pascal van Erp has created a radical and important aspect in our sport. Less than a decade ago the diving community was not really aware of ghost fishing, let alone ghost diving. Rosemary E Lunn

One of the major strengths of the Ghost Diving movement is that the divers 'team-dive' in a set manner, which makes working with a different chapter, in unfamiliar waters a fairly straightforward safe process. This ethos is something that Pascal van Erp is keen on.

"The importance of international collaboration cannot be underestimated," confirmed Pascal van Erp. "We are stronger when we work together, hence we are the largest organisation in the world engaged in this activity. Ironically we had a busy period during the COVID-19 crisis in 2020, and in less than 12 months, we grew from nine Ghost Diving chapters to 13. Today, with the UK now joining us, we are a harmonious capable alliance of some 14 chapters.

Each chapter has its own speciality strengths because of the local conditions they regularly dive in. This is very helpful when our divers come together, from various nations, to work on a project. The resulting collective knowledge is exceedingly powerful. Personally I feel our best projects have been the ones where we have this energetic and close collaboration. I'm therefore excited that Ghost Diving (United Kingdom) will participate in future global missions, collaborating with other international chapters. We are currently planning a project for August 2021, COVID-19 allowing. It will be fun to dive the other side of the North Sea!"

One particular project that automatically comes to mind when I think about international collaboration is the one John Wheeler mentioned in the Aeolian Islands. This project was particularly special. In October 2018 we worked with the local dive centre and fishermen to remove a monster sized fish farm net that had been lost in a big storm off the islands. I think the net alone weighted in at about about 3 tons. What made it a ground-breaking and unique experience was that the Italian Coast Guard team also dived with us. This never happens normally.

In December 2020 we received the very good news that Dr Sylvia Earle had declared the Aeolian Islands a 'Mission Blue Hope Spot'. One reason given for this was that the Aeolian Islands had worked on waste-reducing initiatives and marine conservation programs. How cool is that!"

END_OF_DOCUMENT_TOKEN_TO_BE_REPLACED 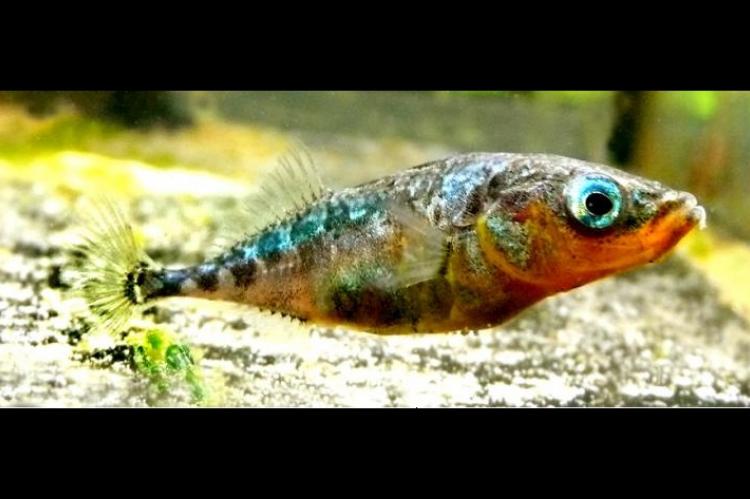 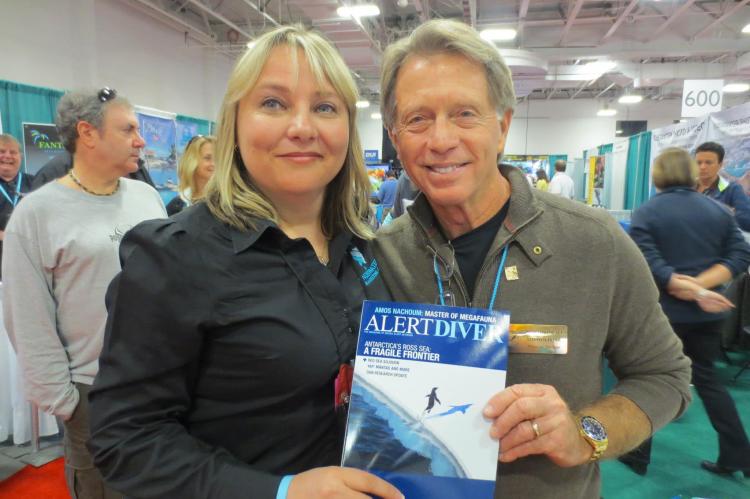