A new study predicts that the population of blue crabs in Chesapeake Bay is poised to increase as temperatures raise and winters are shortened. 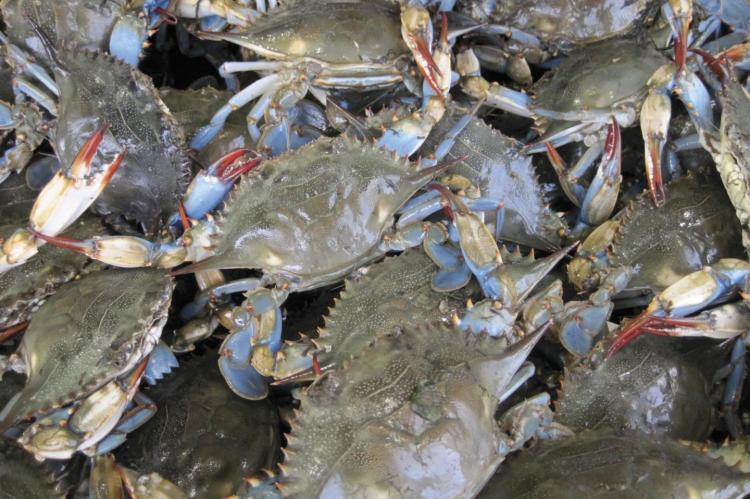 The blue crabs of Chesapeake Bay are poised for a boost in numbers.

Apparently, the warmer temperatures doesn’t spell bad news for all of Earth’s creatures. For the blue crabs of Chesapeake Bay, it likely will bring about longer and more productive seasons for the crustacean.

This is the findings of a paper published in the PLOS One journal.

Based on current data, by 2100, winters will be up to 50 percent shorter. Researchers predict that the overwinter survival rates of the blue crabs will be at least 20 percent better compared to the current situation.

During winter, Maryland's blue crabs remain dormant in the muddy sediment at the bottom of the Chesapeake Bay, emerging only when water temperatures near 50° F. However, the period of dormancy period has been shortening, and this trend appears set to continue until perhaps it might eventually become nonexistent.

Hillary Lane Glandon, who conducted the research as a graduate student at the University of Maryland Center for Environmental Science (UMCES), elaborated, "Water temperatures are warming and the crabs are cold-blooded so their metabolic rate is directly related to warmer temperature. Warmer water means they grow faster.”

This shortening of winter combined with increases in average wintertime temperatures is expected to boost the survival of juvenile blue crabs.

All this has implications beyond merely an increase in the blue crab population. The crabbing season may be lengthened in response (Crabbing is currently prohibited from December to March in the lower Chesapeake Bay).

"People will be able to fish for them almost year-round. However, this challenges the traditional pattern in which waterman fish for striped bass in the spring and crabs in the summer and oysters in the winter—that traditional seasonal rotation of the harvest. It's a cultural challenge," said study co-author UMCES Professor Tom Miller.

It also places additional burden on the ecosystem. “If crabs start moving and feeding year-round, they represent an added predation pressures on the bay's ecosystem, and we don't know how the ecosystem will respond," he added.