A unique relationship exists between the cleaner shrimp and fish, in which the shrimp picks parasites and dead skin off the fish's mouth, gills and scales, while the fish gets a free cleaning. A study looks into how the two parties communicate their intention to each other. 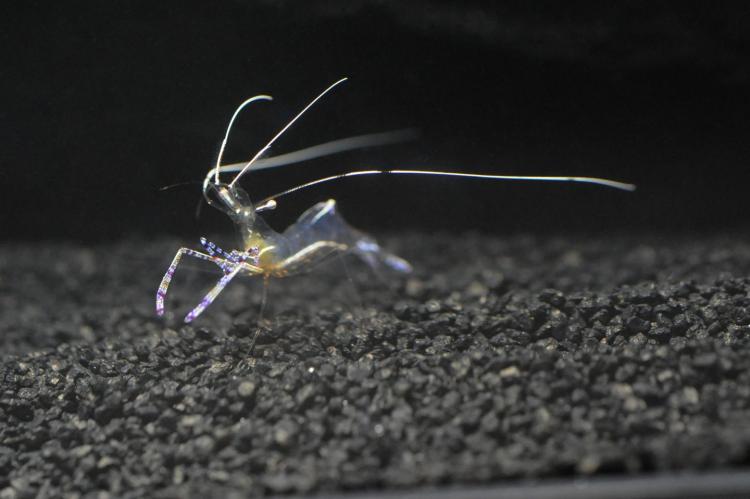 The cleaner shrimp uses its long antennae to communicate its intent to clean.

Imagine being a cleaner shrimp (Ancylomenes pedersoni) and doing about your business in a client's mouth - a client that in other circumstances might see you as a potential meal. Have you ever wondered how cleaner shrimp ensure that they are not on the menu?

According to researchers at Duke University, it all boils down to body language.

In a study involving 18 shrimp and 10 fish species, the research team set up GoPro cameras at 10 cleaning stations on the coral reefs off Curaçao in the Caribbean. In their analysis of 199 encounters between the two parties, this was what they observed:

As a fish approaches a cleaning station, the cleaner shrimp waves its long white antennae, presumably signalling its availability to offer cleaning services. If the fish is interested, its colour changes from light to dark, a response the researchers think is the fish signalling that they want to get cleaned.

In 80 percent of the times in which the cleaner shrimp waved its antennae, it kept up its end of the deal and cleaned the fish. If there was no waving, the shrimp was less likely to clean. However, by changing its colour from light to dark, the fish were able to improve their chances of getting the shrimp to comply.

In the lab, cleaner shrimp were shown images of circles and other simple shapes (to represent fish) on an iPad propped up against their tank. Despite of this, they acted as if it was the real thing and attempted to clean by tapping the glass or trying to hop on. Again, this was more likely to occur if the shapes were dark-coloured.

Why did this happen? Surely the cleaner shrimp knows the difference between a fish and shapes on a tablet screen?

Using a software package called AcuityView (which can show how the world looks through the eyes of specific animals), the researchers found that the cleaner shrimp cannot clearly see the fish at all. However, they can still detect the fish's change from light to dark.

The image on the left shows how a cleaner shrimp would see a colour change in a spotted goatfish while the one on the right shows the same sequence through a human's eyes. Video credit: Eleanor Caves

So, as long as the reef fish (or shape) turns dark, it would be a signal for the cleaner shrimp to start cleaning.

Alternatively, for the reef fish, they can clearly see the cleaner shrimp's waving antennae, in the same way we would see them.

More details about the findings of this research has been published in a recent issue of the journal Proceedings of the Royal Society B.