Many animals have been seen inventing new behaviours. Recently prawns have been added to the list. The latest research does show they can innovate in their own way. More importantly, it reveals the sorts of circumstances that trigger them to do it. 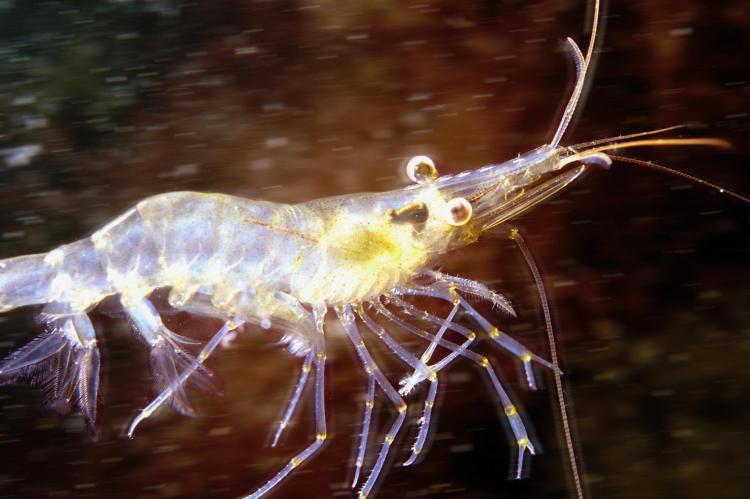 Both size and hunger drove the prawns to innovate to get food, but only under certain circumstances

Behavioural innovation is thought to play an important role in enabling animals to cope with environmental change. Research on animal innovation has focused on terrestrial and freshwater vertebrates, but few animals face environmental variation as extreme as those living in littoral zones, where physical and social conditions change dramatically from moment to moment.

Prawns are a species that encounter radically different environments depending on context, spending much of the year in rock pools on the shoreline. These pools vary enormously in size and in how much food they contain.

To study how this changeable environment might force prawns to try new behaviours, Dr Alex Thornton of the University of Exeter in Penryn, UK and his team collected common prawns and grass prawns, and placed them in water tanks. At the other end of the tank was a piece of food for them to find.

In some cases the food was behind a barrier with a single hole in it, forcing the prawns to take a roundabout route. In others, it was under a small box that the prawn had to move.

Overall, both size and hunger drove the prawns to innovate to get food, but only under certain circumstances.

"If you're on your own, size is important. Small prawns tended to innovate", says Thornton. "If you're in a group, size doesn't seem to matter and it's really hunger that drives it."

When tested alone in the spatial task, small prawns were significantly more likely to succeed than large individuals, irrespective of their hunger level. Size had no significant effect on success in the spatial task, but smaller prawns were faster to reach the parcel containing food, while hunger again had no effect. In contrast, hunger was the main driver of innovation when prawns were tested in groups. In both the spatial and manipulation tasks, hungry individuals were disproportionately likely to succeed, but size had no effect.

In the spatial task, small prawns were more than twice as likely to succeed in locating the food compared to their large counterparts and were significantly faster to reach the barrier. Small individuals reached the barrier particularly quickly if they had previously taken part in the manipulation task, suggesting that prior experience in testing tanks may have heightened motivation or reduced wariness. Contrary to our predictions, food deprivation had no influence on innovation, suggesting that successful prawns were not driven by the need to address immediate deficits in their energy budgets.