Due to warming ocean king crabs may soon become high-level predators in Antarctic marine ecosystems where they haven't played a role in tens of millions of years. 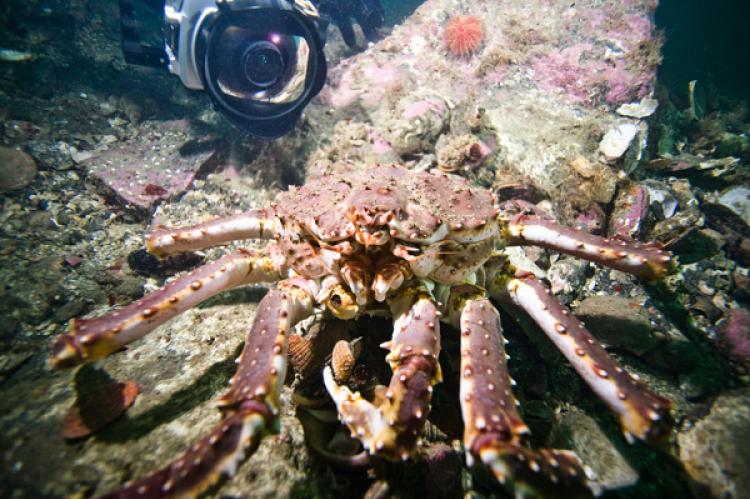 King crab in the Barents sea

Rising temperature of the ocean west of the Antarctic Peninsula - one of the most rapidly warming places on the planet - should make it possible for king crab populations to move to the shallow continental shelf from their current deep-sea habitat within the next several decades, researchers from Florida Institute of Technology find

For millions of years cold-water conditions have excluded the so called durophagous (skeleton-breaking) predators from the Antarctic seafloor warming seas but could now facilitate their return to the continental shelf, with profound consequences for the endemic fauna.

During the austral summer of 2010‒2011, king crabs (Lithodidae) were discovered recently on the adjacent continental slope. At the time of the survey, there was no thermal barrier to prevent the lithodids from expanding upward and emerging on the outer shelf (400- to 550-m depth). Ambient salinity, composition of the substrate, and the depth distribution of potential predators likewise indicated no barriers to expansion of lithodids onto the outer shelf.

Because other creatures on the continental shelf have evolved without shell-crushing predators, if the crabs moved in they could radically restructure the ecosystem.