A recent study describes the effects that marine seismic tests have on lobsters.

Institute For Marine and Antarctic Studies 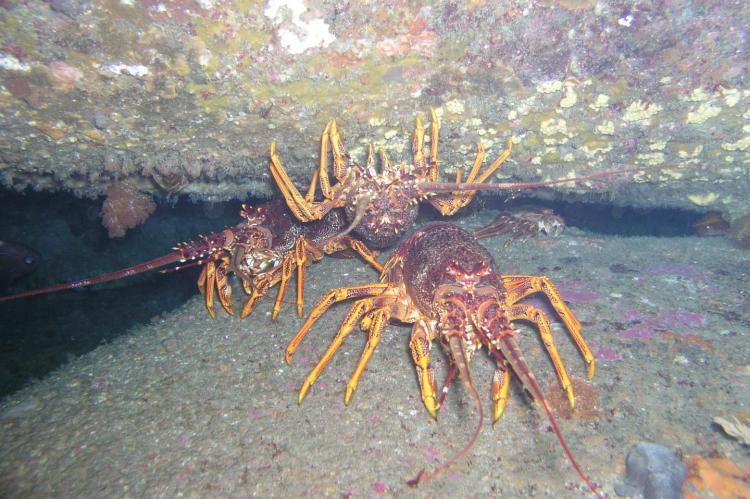 It's a known fact that marine seismic testing, which involves loud sounds, adversely affects the hearing of fish and marine mammals like dolphins and whales. But what about other creatures like lobsters?

A recent study by the Institute for Institute for Marine and Antarctic Studies (IMAS), and the Centre for Marine Science and Technology at Curtin University shines the spotlight on these creatures, focussing specifically on the rock lobsters in Storm Bay in Tasmania. This species is a high-value part in the fisheries industry and is an important component of the global marine ecosystem.

In field tests, the research team exposed the crustaceans to seismic air gun noise at a range of 100 to 150 metres, and then examined the effects on their reflexes and their statocyst, a sensory organ located in the lobster's head, which helps control their righting reflex, and enables them to stay coordinated and evade predators.

The exposure caused significant damage to the lobsters' statocyst and righting reflexes. According to lead author Ryan Day, "The damage was incurred at the time of exposure and persisted for at least one year—surprisingly, even after the exposed lobsters moulted."

Associate Professor Jayson Semmens, the study's Principal Investigator, said that the impairment was likely to affect the lobster's ability to function in the wild, adding that the study added to a growing body of research that showed marine invertebrates could suffer physiological impacts and changes to their reflexes in response to anthropogenic noise such as seismic surveys."

The findings of the study was published in a recent issue (Volume 286 Issue 1907) of the Proceedings of the Royal Society B.