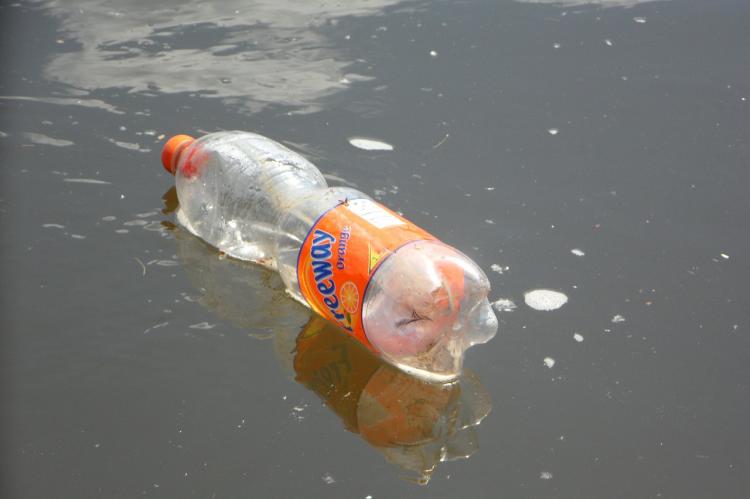 What chemicals is this plastic bottle releasing into the water?

In the first study of its kind, researchers at Macquarie University studied how the chemicals leached during plastic pollution affect photosynthetic marine bacteria.

They focussed their attention on the Prochlorococcus bacteria, the most abundant photosynthetic organism on Earth. It is believed to be responsible for up to 10 percent of the world's total oxygen production.

The researchers exposed two strains of the bacteria found at different depths in the ocean to chemicals that were leached from grey plastic grocery bags (made from high-density polyethylene) and PVC matting, two common plastic products.

Their findings, which were published in the Communications Biology journal, indicated that exposure to these chemicals impaired the bacteria's growth and function, including the amount of oxygen they produce. In addition, the expression of a large number of their genes were altered.

"Our data shows that plastic pollution may have widespread ecosystem impacts beyond the known effects on macro-organisms, such as seabirds and turtles," said lead author Sasha Tetu, a senior lecturer at Macquarie University.

"If we truly want to understand the full impact of plastic pollution in the marine environment and find ways to mitigate it, we need to consider its impact on key microbial groups, including photosynthetic microbes," she added.

So one in every ten breaths of oxygen you breathe in is thanks to these little guys, yet almost nothing is known about how marine bacteria, such as Prochlorococcus respond to human pollutants. - Dr Sasha Tetu, Macquarie University