Researchers have discovered changes in the body shapes of fishes caused by a reduction in the shark population. 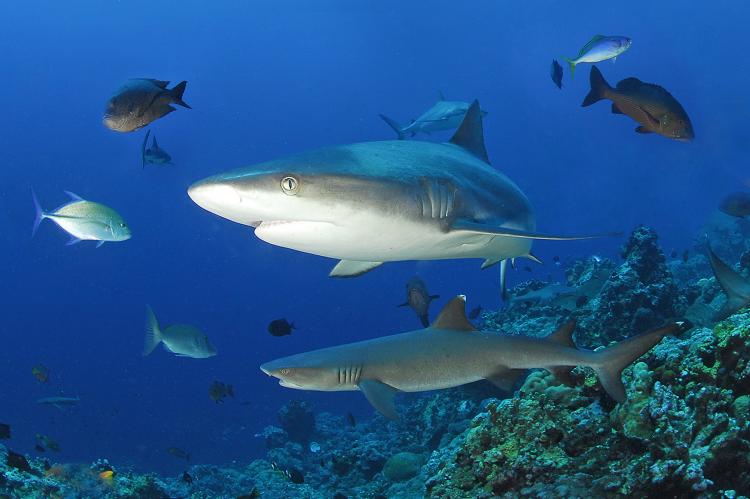 After studying 611 fishes from different sites in Rowley Shoals and Scott Reefs in northwest Australia, scientists discovered that having fewer sharks around caused the fishes in the vicinity to develop smaller eyes and tails.

The researchers, hailing from The University of Western Australia, Australian Institute of Marine Science, University of Miami and the Rosenstiel School of Marine and Atmospheric Science, had selected the two sites because despite both being nearly identical biologically and physically, and comprised of multiple ring-shaped reefs, they had a main difference: Unlike Rowley Shoals, the sharks at Scotts Reefs have been subjected to commercial fishing for more than a century.

The findings of the research, which was published recently in the journal Marine Ecology Progress Series, revealed stark contrasts between the fishes from the two sites.

The same pattern was found for the fishes’ tails, which were 40 percent smaller at Scotts Reefs than Rowley Shoals.

Shanta Barley, a postdoctoral fellow at The University of Western Australia who conducted the fieldwork, said, “The differences in fish body shapes between the two coral reef systems could have consequences for energy flow throughout the ecosystem, ultimately impacting the food web."