A tribute to Alan King

On 12 January 2018 Alan Charles King passed away from cancer. He was 68. You may not have heard of Alan King, but he had a profound effect on UK scuba diving. Forty one years ago - on 19 January 1978 – Alan, along with his wife Kay, his friend Harry Chapman, and Alan's father Frank bought a quarry in Leicestershire. The quarry, of course, is 'Stoney Cove'. 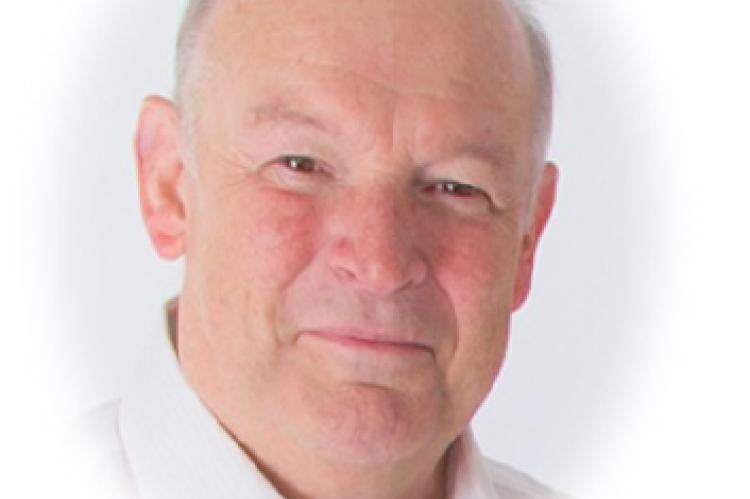 Alan was a friendly colleague who loved being outside and talking to anyone. As a child he developed the skill of always finding something of common interest to discuss with anyone he met and he carried this through into his adult life. Alan was able to strike up a conversation about anything with anyone. Alan learned to scuba dive in 1970 when he joined the Leicester Underwater Exploration Club. 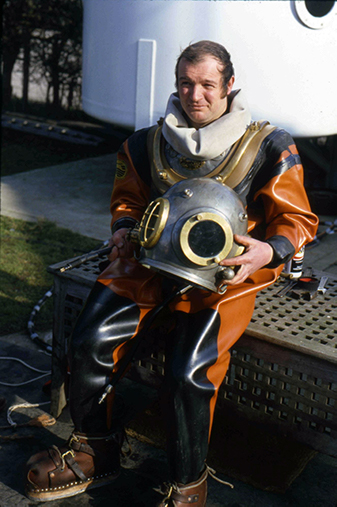 Two years later he became a commercial diver - a high risk career in the early 70's - with his 'office' primarily being the North Sea exploration rigs.

One story he fondly told was about trying to dislodge a Conger Eel happily ensconced in a 12 inch drill pipe on the sea bed. His surface crew thought they would be helpful and sent a heavy weight down the guide wire to dislodge it. Instead this hit the eel on the head and made it a very angry 12 inch wide Conger Eel. Alan was delighted when he got the opportunity to commercially dive off Brazil and came back full of stories about water visibility that North Sea divers could only dream of, and Grouper the size of cars.

Alan said these inquisitive fish would look over your shoulder all time, chasing away any other fish who might dare to want a peep. This would make the job more difficult because the grouper would bump into him, knocking him away from the job he was supposed to be getting on with. And with nothing to grip on underwater, there wasn't much he could do. And then he got to dive the River Humber checking pipelines in zero visibility. Everything was done by touch.

On one particular dive he thought he had found a body and passed it to the boat crew with his eyes closed - one of the crew said “oh that’s brilliant Alan is there any more down there?” Alan thought “how could you be so heartless” but upon opening his eyes, found it to be a lost diving cylinder and harness.

In the winter of 1977 during a pleasure dive at Stoney Cove with a friend Alan was asked if he was interested in running the site as it was up for lease. A few months later 'Stoney Cove Marine Trials Limited' was formed to cater for amateur scuba diving and commercial underwater activities. The Cove was under new management. The Cove has been thoughtfully evolved over many years.

When I did my first dive in Stoney in Spring 1992 some of the main features that you see today were in place. The changing rooms, the pub, the bus stop, the concrete ramp by the shed, and the smaller building by the main entrance.

It was good to hear Alan discuss future plans to enhance Stoney Cove. These included expanding and extensively refurbishing the diving terrace (located by the concrete ramp), and skuttling the Stanegarth. The Stanegarth was a steampowered tugboat built in 1910 for service with the British Waterways Board. On 6 June 2000 she was scuttled at Stoney Cove to produce an artificial reef in 20 metres and is now the largest inland wreck in the UK.

Alan's other big project was building the new mill. The team took inspiration from architecture in Bristol and the London docks to create a building that looked as though it had been at Stoney far longer than it really had. (If you look closely you will see a 'window' bricked up because of the 1696 Window Tax).

The team took inspiration from architecture in Bristol and the London docks to create a building that looked as though it had been at Stoney far longer than it really had. (If you look closely you will see a 'window' bricked up because of the 1696 Window Tax).

No crayfish on the menu

Alan told me a story that still makes me smile when I think of it. Commercial dive teams used to often train at the Cove. They tended to drive large specialist vehicles because significant amounts of equipment was dived. One particular dive team invited Alan into their vehicle for lunch one day. It had been fitted out with a mini kitchen and a crew seating area. On the menu? Fresh water crayfish ala moules marinière. Alan said they were delicious. As he left, he spoke to the dive supervisor to thank him for the lunch, and mentioned if the team ever removed a single crayfish from the Cove in the future, they'd be banned for life.

'Dive Centre of the year' award

One of the many highlights Alan appreciated was winning the first ever 'Dive Centre of the year' award in 1998. (It was the first ever DIVER Magazine award). At the time this was an extremely prestigious thing. In 2000 David Jones set up Triton Scuba and headhunted me to manage the dive centre. Alan King came down to Portsmouth and kindly helped stock the shop with drysuits, regulators and fins on a sale and return basis. This generous act was exceedingly helpful and meant that the dive centre didn't have to take out a large loan to buy in stock. I saw first hand that Alan King had a kind heart and if he could do you a good turn or help out with anything, he would go to extraordinary lengths, whatever the task.

Away from Stoney Cove Alan continued his love of diving. In 1985 he was part of a team who discovered three Spanish Armada shipwrecks off the coast of County Slingo in southern Ireland. Alan was proud of this, and would enthusiastically regale people with stories of the adventures had whilst finding these wrecks. From flipping the boat over when a rogue wave hit it to being amazed at finding the dive kit washed up on the beach the next morning.

It didn’t matter whether you’d heard it once or ten times, you’d still laugh with him because you couldn’t help but get carried along with the excitement and enthusiasm he had. Alan loved giving talks and slide shows on his commercial diving days or the Armada wrecks to local Dive Clubs, Women’s Institutes or anyone else who asked him.

Alan King was also a family man. He was very proud when his son Matt was born, but he wasn’t able to see him for five days. Alan had mumps! When Alan became a grandfather he wanted to spend as much time as possible with his grandson Theo, and was one of the first in line for a cuddle. Although Alan was born and brought up in Leicestershire, he had a special place in his heart for the Isle of Skye. Alan's family had holidayed on the island for 25 years and the plan was to retire there and invite all his friends from south of the border to come for holidays with the proviso of, make sure you bring some work clothes!

Unfortunately it wasn't to be. Alan became ill with prostate cancer. He leaves a remarkable legacy. For me personally my favourite inland site, but then I am biased. I did my first dive at Stoney and I passed my PADI instructor exam at the Cove. The Cove has been a nursery for thousands of divers who have taken their first fin steps in the fresh spring water.