A World War II-era aircraft carrier was found on the ocean floor near California's Farallon Islands and it's looking great. Despite being underwater since 1951, the USS Independence (CVL-22) is "amazingly intact," said officials from the National Oceanic and Atmospheric Administration (NOAA). 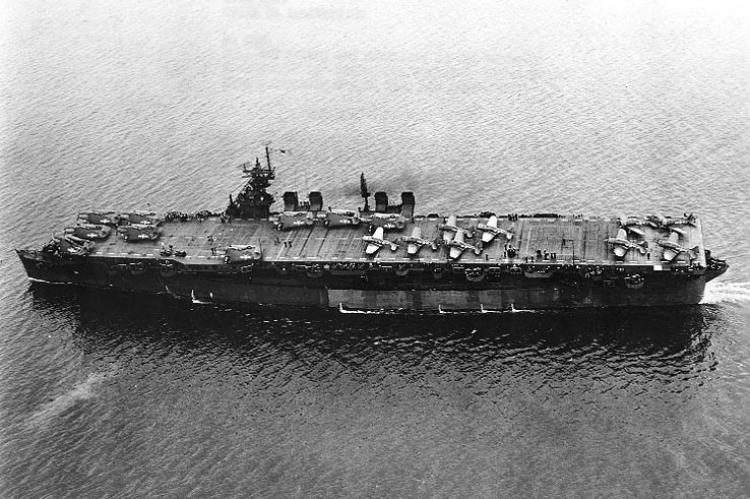 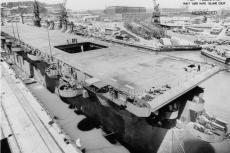 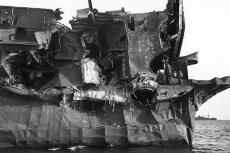 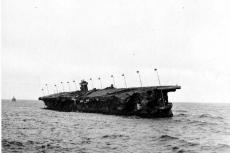 USS Independence (CVL 22) operated in the central and western Pacific from November 1943 through August 1945. It was one of more than 90 vessels assembled as a target fleet for the Bikini Atoll atomic bomb tests in 1946. Damaged by shock waves, heat and radiation, the ship survived the Bikini Atoll tests and, like dozens of other Operation Crossroads ships, returned to the United States.

While moored at San Francisco's Hunters Point Naval Shipyard, USS Independence (CVL-22) was the primary focus of the Navy's studies on decontamination until age and the possibility of its sinking led the Navy to tow the blast-damaged carrier to sea for scuttling on 26 January 1951.

NOAA's interest in this ship is part of a mandated and ongoing two-year mission to locate, map and study historic shipwrecks in Gulf of the Farallones National Marine Sanctuary and nearby waters. The carrier is one of an estimated 300 wrecks in the waters off San Francisco, and the deepest known shipwreck in the sanctuary.

The mission was conducted last month using Echo Ranger, an 18.5-foot-long autonomous underwater vehicle (AUV) provided by The Boeing Company through a cooperative research and development agreement with NOAA's Office of Oceanic and Atmospheric Research. Boeing also partnered with technology company Coda Octopus to integrate its 3D-imaging sonar system, Echoscope, into the AUV.

NOAA, working with private industry partners and the U.S. Navy, has confirmed the location and condition of the USS Independence (CVL-22), the lead ship of its class of light aircraft carriers that were critical during the American naval offensive in the Pacific during World War II. Resting in 2,600 feet of water off California's Farallon Islands, the carrier is "amazingly intact," said NOAA scientists, with its hull and flight deck clearly visible, with what appears to be a plane in the carrier's hangar bay.

Using an 18.5-foot-long autonomous underwater vehicle named Echo Ranger, the team created a 3-D sonar map of the ship, which was sitting upright on the ocean floor. While there are a few "gaping holes" in its hangar bays, much of the USS Independence (CVL-22) is intact. Researchers estimate there are around 300 wrecks in the surrounding area.

After 64 years on the seafloor, USS Independence (CVL-22) sits on the bottom as if ready to launch its planes