Shipwreck hunter David Trotter found the 436-foot Hydrus in July roughly 32 miles from land but hasn't released details of the ship's location to the public—he wants to explore the wreck with his crew first. 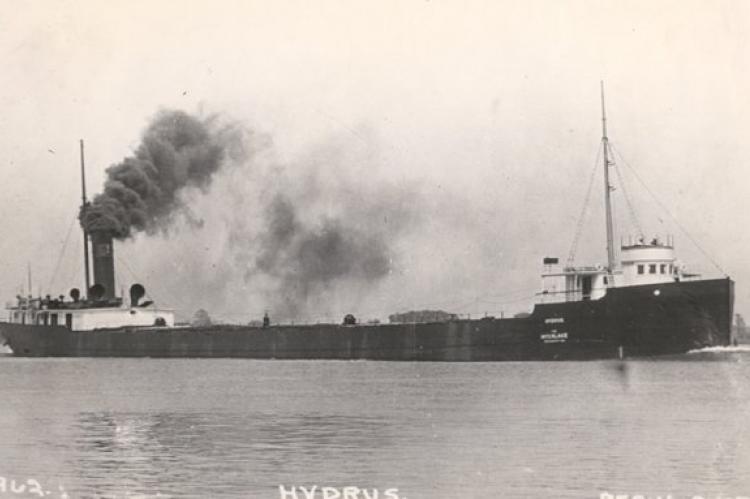 Last July, David Trotter, a shipwreck hunter who had spent 30 years searching for a century-old ship, and a team of divers finally located the missing vessel: a 436-foot steamship named Hydrus, which sunk during the Great Lakes Storm of 1913.

The ship, carrying a load of iron ore, was headed for the shelter of the St. Clair River off of Lake Huron when a terrible blizzard struck the region. During the storm, which struck in early November, more than 19 ships were lost and 250 sailors died, reported Garret Ellison for The Grand Rapids Press.

Each spring, Trotter assembles a group of shipwreck hunters and they follow a grid on Lake Huron, using side-scan sonar to comb the waters. Trotter was watching the sonar image of the lake bottom in July when an outline of the ship popped onto the screen.

When told about the find of the Hydrus, Russ Green, deputy superintendent of the Thunder Bay National Marine Sanctuary that covers part of Lake Huron, called the Hydrus an "iconic shipwreck."

"It says a lot about tragedy and risk and commerce and ecology," Green said. "To see something big on the lake bottom, it sort of rekindles that connection we have with the past."

It was the deadliest disaster to ever hit the Great Lakes. Even "the most seasoned captain" would have been caught by surprise, the National Oceanic and Atmospheric Administration suggested during the storm's centennial. The blizzard developed as two low pressure systems suddenly merged over the lakes, causing whiteout conditions, which ripped away any captain's ability to navigate.