The new species of Irukandji jellyfish sparks particular scientific interest because it has no tentacles. The two newly discovered jellyfish, Keesingia gigas and Malo bella, bring the total species known or believed to cause Irukandji syndrome to at least 16. 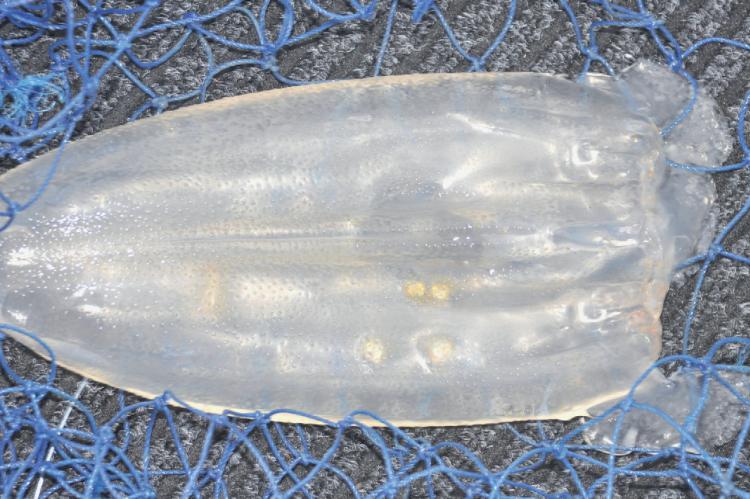 While Irukandji jellyfish are normally only the size of a fingernail, Keesingia gigas is the length of an arm and believed to cause the potentially deadly Irukandji syndrome.

Irukandji jellyfish are highly venomous and dangerous, hospitalizing up to 100 people annually in Australia.

Irukandji syndrome can manifest itself as severe abdominal pain, back, limb or joint pain, nausea and vomiting, profuse sweating and agitation. The patients may also experience numbness or paraesthesia. More severe reactions to Irukandji stings can include hypertension and tachycardia, and in extreme cases, stroke and heart failure. The symptoms last from hours to weeks, and victims usually require hospitalization.

While Irukandji jellyfish range from 5 mm to 2.5 cm in bell height, the size of Keesingia gigas can reach about 50 cm. The second newly discovered species, Malo bella, belongs to a previously known genus of Irukandji jellyfish. “This species is not associated with any particular stings, but its phylogenetic affinity would suggest that it may be highly toxic.” says lead researcher Lisa-ann Gershwin.

Curiously, the collected specimens of Keesingia gigas does not have tentacles. All of the specimens the researchers collected and photographed are nothing more than arm-length blobs. A possible explanation: all of the new jellyfish specimens likely lost their arms in the hunt for prey or escape from predators.