A week-long trial of an autonomous underwater vehicle was conducted in the Great Barrier Reef recently. 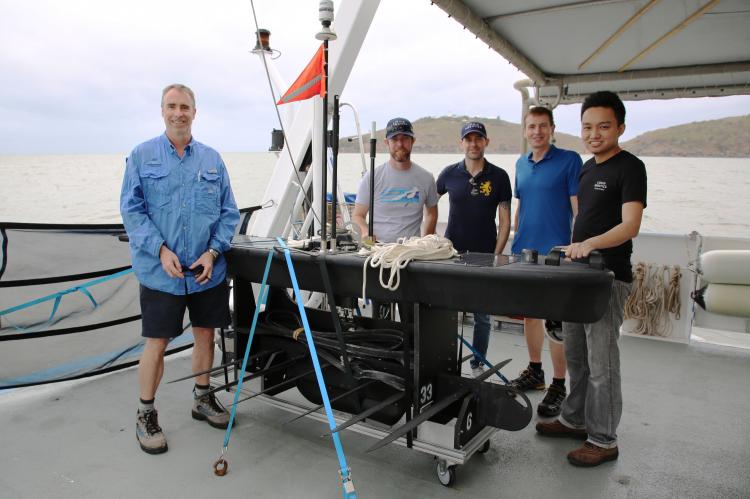 A Wave Glider, an autonomous underwater vehicle, travelled 200 nautical miles of the central Great Barrier Reef recently, in a seven-day trial designed to test its monitoring capabilities and potential for future use.

The device’s suite of onboard sensors provided real-time environmental data which included weather conditions, wave heights, water salinity and pH levels, etc. It is powered by wave motion (and supplemented by solar energy when necessary), so it can be deployed at sea for long periods at a time.

Australian Institute of Marine Science (AIMS) is analysing the data captured by the Wave Glider. “It was quite extraordinary how the Wave Glider remained on its planned mission. It went where it was told to and it stayed the course like an orienteering champion,” said AIMS’ Head of Data and Technology Innovation Lyndon Llewellyn.

Developed by Boeing subsidiary Liquid Robotics, Wave Gliders have been deployed in a number of industries, including oil & gas, maritime surveillance and environmental assessment. The trial in the Great Barrier Reef is part of a joint research agreement between AIMS and Boeing.